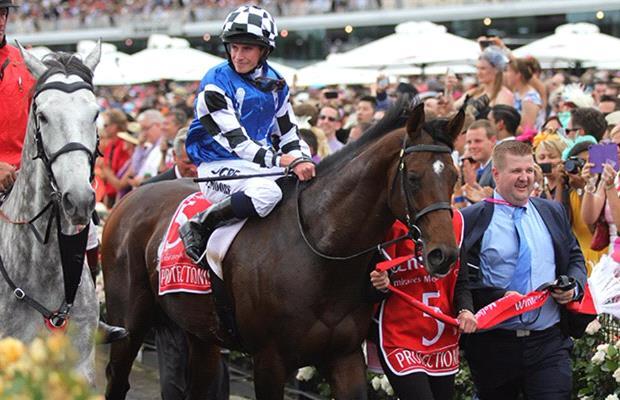 Protectionist, an emphatic winner of the 2014 Melbourne Cup, remained in Australia for a 12-month stint with Kris Lees before a case of bone-bruising prompted connections to send the son of Monsun back to Germany in search of more forgiving racetracks.

The six-year-old has not raced since finishing 15th in last year’s Group I Caulfield Cup (2400m) at Caulfield.

Protectionist is due to make a low-key comeback in a German ratings race on June 5 before contesting the Group II Hansa-Preis (2400m) on July 3.

Wohler’s European record with Protectionist reads four wins and four placings from eight starts, including a pair of Group II successes and a Listed win.