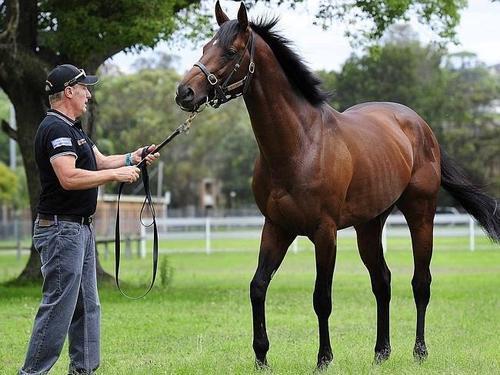 Melbourne Cup champion ­Protectionist returned to Kris Lees’ Newcastle stables late Monday, and by the looks of him, he didn’t exactly pile on the pounds during his short but well-earned break.

While most horses come back from a spell carrying some extra pudding, Protectionist looked like a German Adonis.

Lees said his star stable recruit had added about a dozen kilos, and he looked a real picture.

“I think the few weeks out at the farm have done him the world of good,’’ Lees said.

“He spent a bit of time on the water walker. He’ll be ready to start going three-quarter pace after Christmas, and then we’ll build him up.

“Everything is still in the mix (in terms of races) and we’ll probably decide early in the new year which way we’ll go.’’

The BMW remains the most ­likely option for Protectionist, but it is what race or races he contests in the lead-up to the one-time ­Sydney autumn weight-for-age showpiece that need to be picked out.

Lees has taken over the training of Protectionist from Andreas Wohler, the little German who was listed as trainer of the five-year-old who smacked his rivals in last month’s Cup. Lees got the chance to ask Wohler about the horse in the days after that big race.

The young Newcastle trainer said his Group 1-winning mare Lucia Valentina would return to Newcastle next week. Protectionist will be given a light autumn, with next spring considered the more extensive campaign.