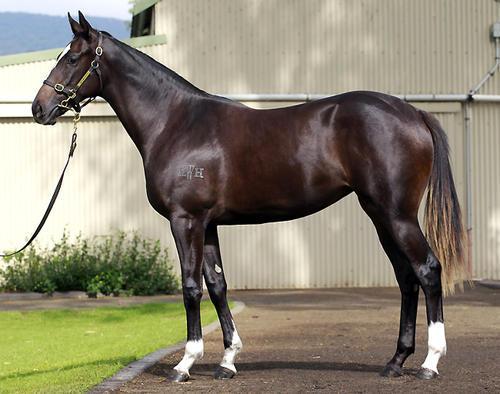 Luke and Jamie were extremely active yesterday at the Sales and are delighted to have secured 2 cracking horses who offer something for everyone.

The first is what we thought was one of the fillies of the sale. Having followed her progress with great interest from a Weanling and being rared at perhaps Australia’s best boutique stud in Kitchwin Hills we went to buy her right or wrong. With expectations on her high and a number of good judges on her- the talk was she would be selling for $350-400k and in fact he valued her at $350,000. Needless to say we where doing cartwheels when she was knocked down to us at just $265k. As yet a trainer hasn’t been decided- but we have had over 7 calls from some of Australia’s leading trainers begging to get her. – She has a pedigree that if she was to be a stakes horse she will be one of the most expensive fillies in the world so strong is it.

The second horse we purchased was also from Kitchwin Hills and a High Chapparal Colt that sold for $160,000- only 20% remains and he has a classic action and is highly athletic horse. Matt Laurie is a great young trainer at Mornigton and we are delighted to be joining partnership with him