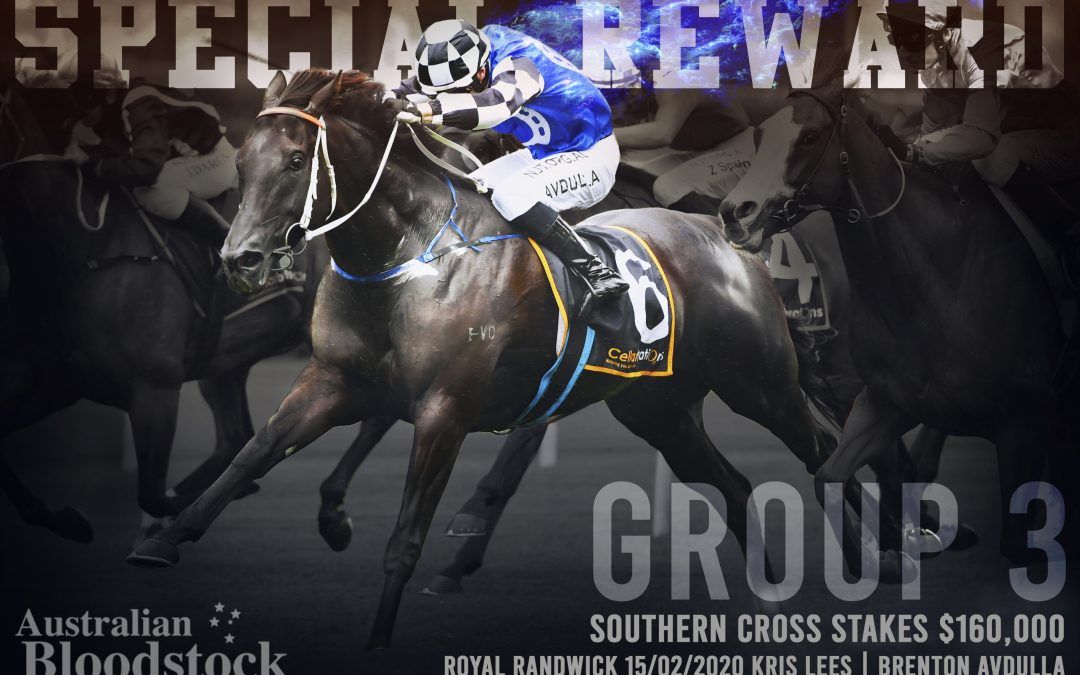 Kris Lees believes Special Reward will be even better when he gets to the 1400 metres of the Newcastle Newmarket Handicap in three weeks after his maiden black-type win over 1200m on Saturday.

Special Reward took out the group 3 Southern Cross Stakes at Randwick in just his third start for the Newcastle trainer and Hunter syndicators Australian Bloodstock.

The former Perth galloper, which won six of 10 starts for Simon Miller, had to be coaxed into the barriers on Saturday but he jumped well for jockey Brenton Avdulla to sit third behind the leaders.

Special Reward, a $3 favourite, started his run coming off the bend and hit the lead with 100m to go before holding off Cascadian ($3.30) by 0.4 of a length.

It was a willing effort from the four-year-old gelding, which stopped and refused to move when approaching the barriers before the race. Two clerks of the course ponies were used to get him into the gates.

“Early days he showed he was a bit like that, even just at the stables, not going onto the track and different things.

“But once he got there he was fine.

“He was sound. I’m not sure if the second horse peaked on his run a touch but our bloke was good.”

It was Special Reward’s second win from two starts on soft ground but Lees expected him to improve on a good surface and over further.

He now looms as Lees’ best chance in the group 3 Newmarket, which the trainer won for the first time last year with Princess Posh.

“I wouldn’t be scared to run him on [soft ground] again but I think he’s better on top of the ground,” Lees said.

“We’ve always thought he’d be suited by it, so it’s the right time to try him now. 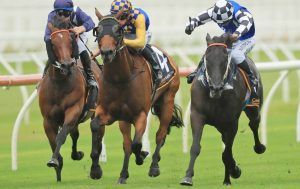 Avdulla was impressed with the performance on Saturday, which came five weeks after a length second at Randwick over 1200m.

“He is a better grade than that but he just needs to put it all together,” Avdulla said.

Lees-trained Britt’s Best (2004) and Le Romain (2017) are past winners of the Southern Cross Stakes, which was formerly known as the Frederick Clissold Handicap.

Also Saturday, Cafe Royal kept her unbeaten record with a half-length win at Gosford. The three-year-old filly has taken out her first three races for Newcastle trainer Nathan Doyle.

This story originated at NewcastleHerald.com.au