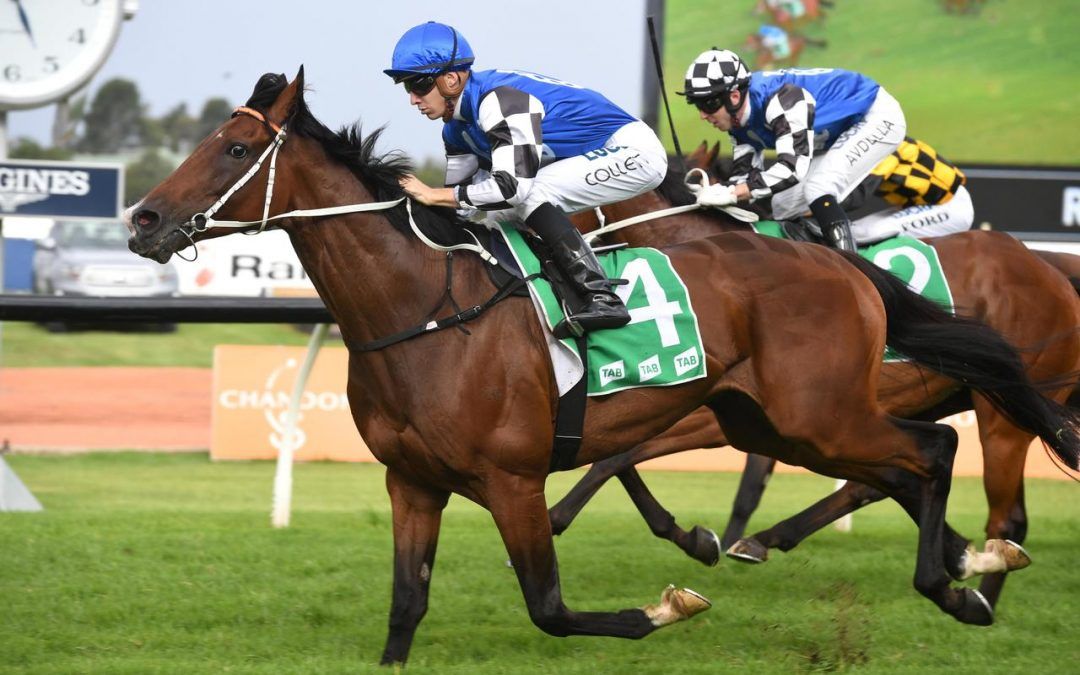 Sydney’s rain-affected tracks are proving to be the making of former European galloper Red Cardinal, who has earned a shot at weight-for-age after keeping his perfect record under Kris Lees intact with a Group III victory at Rosehill.

Red Cardinal came to Australia with high expectations but after finishing midfield in the 2017 Melbourne Cup he has struggled to make an impact.

He arrived at Lees’ stable earlier this year from banned trainer Darren Weir and has strung together consecutive wins after adding Saturday’s Sky High Stakes (2000m) to his first-up victory in the Parramatta Cup.

While his long-term autumn target is next month’s Sydney Cup (3200m), Lees said the horse had done enough to head to the $1.5 million Tancred Stakes (2400m) in two weeks.

“We had a fair idea of how he was going when we first galloped him, especially when he was able to get his toe into the ground,” Lees said.

“He’s been very fortunate that his two runs for us have been on soft ground which is a much preferred surface for him.

“He has always been a horse that is highly regarded, he ran in two Melbourne Cups on firm ground, now he is in at the right time.

“He will probably go to a BMW (Tancred Stakes) in a fortnight’s time and I think he will hold his own there.”

Red Cardinal was solid in the market as a $3.80 favourite and Kerrin McEvoy produced him from back in the field to storm home over the top of his rivals and score by 1-1/4 lengths.

Sam Clipperton rode a daring race on runner-up Rodrico ($11), hugging the rails and only just failing to pull it off with Goatland ($8) another short neck away.

McEvoy rode Red Cardinal for the first time since the 2017 Melbourne Cup and said it was nice to see the horse finally producing on the racetrack.

“He’s always been a lovely horse, I rode him in one of his Melbourne Cups out here, so it’s nice to get back on him and get a win on him,” McEvoy said.

“He was very game. As soon as I asked him he picked up and really went through that ground.”

The win gave McEvoy a double after he took out the opening race on the Chris Waller-trained Star Of The Seas.