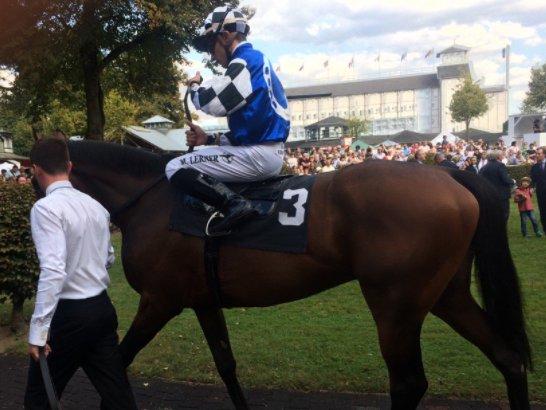 Champion German trainer Andreas Wohler and Australian Bloodstock appear to have another genuine Melbourne Cup chance on their hands, following the performance of lightly-raced stayer Red Cardinal in the Group 1 Preis Von Europa at Cologne on Sunday.

There’s only one (major) problem – he’s almost certain not to make the field.

Red Cardinal has 50kg for the Cup and is currently 69th in the order of entry.

Ridden by Marc Lerner, the Montjeu four-year-old ran an unlucky second to classy filly Nightflower, which also won the 2400m race 12 months ago, beaten three quarters of a length.

Nightflower and Red Cardinal made their runs together, and while the filly had clear running, Red Cardinal was hampered by another runner, halting his momentum.

“It was a terrific run,” Jamie Lovett of Australian Bloodstock, which race the horse, toldG1X.com.au.

“She’s a world-class mare and we were unlucky.”

“He looks a nice horse for the Cup, whether that’s this year or next.”

Red Cardinal is a $41 chance with Ladbrokes.