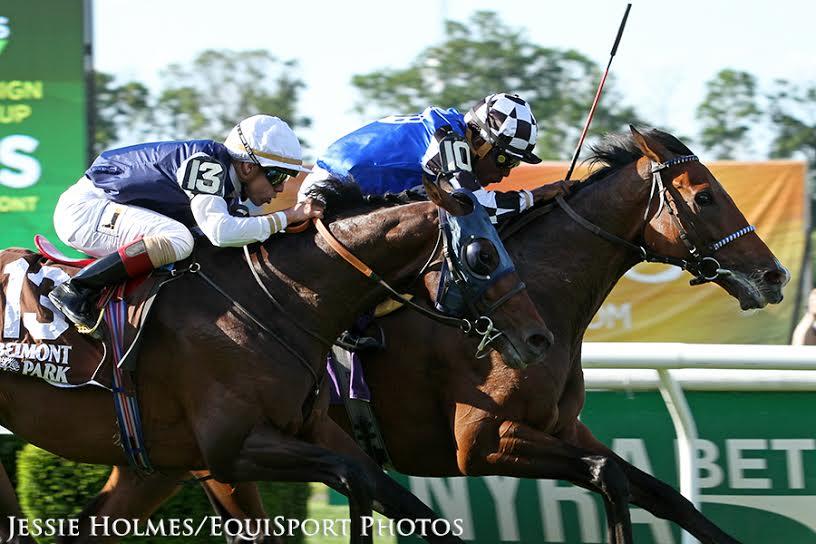 The Hunter syndication company, which shot to worldwide attention with Protectionist’s triumph, was celebrating after Red Cardinal won the Grade 3 Belmont Gold Cup Invitational (3200 metres) in the US early Saturday morning. With part-owner and Newcastle Jockey Club chairman Geoff Barnett and wife Maureen in the stands, Red Cardinal scored by a neck.

Murrell said Red Cardinal, trained by Andreas Wohler in Germany, will race in the Prix Kergorlay (3000m) at Deauville in France in August before coming to Australia for the Herbert Power Stakes. It is the same path Protectionist followed to Cup glory.

Five months out from the race, Murrell was more confident about Red Cardinal’s prospects in the Cup than he was about Protectionist’s.

“He’s still got a lot to improve on, whereas Protectionist was a bit more bullet-proof,” Murrell said. “In the race on Saturday, he sprinted so quickly, then he put his head up like he was done. So there’s things that Andreas is going to try and iron out. He’s favourite at the moment and if the race was next week he’d be winning. It’s a long way away though.

“Wicklow Brave was second favourite for the Cup last year, then he drew the carpark. He’s probably going better this year and Red Cardinal put him away pretty easily on Saturday.”

“I think that’s a good pointer.”

Red Cardinal was a TAB Fixed Odds $15 favourite for the Melbourne Cup with the Godolphin-prepared Francis Of Assisi.