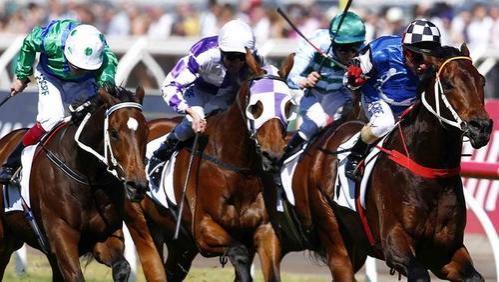 The five-year-old had been in light work for trainer Kris Lees in Newcastle when he fell ill yesterday, showing signs of colic.

His condition quickly deteriorated overnight and he died this morning.

Salon Soldier won the Myer Spring Fashion Handicap (1600m) at Randwick on his Australian debut before a rugged victory in the Visit Victoria Plate (1800m) at Flemington on Melbourne Cup day.

Lees and the horse’s owners – including Sky Sports radio personality Jimmy Smith – were left devastated at the rapid nature of their star’s demise.

Salon Soldier was being set for the major autumn staying races, including Group 1 races the $2 million BMW (2400m) on April 5 and the $4 million Queen Elizabeth Stakes (2000m) on April 19.

During 12 starts for trainer Peter Schiergen, Salon Soldier won two races, as well as running third in the Group 3 Dusselforf Stakes (2100m) and finishing sixth behind Novellist and Waldpark in the Group 2 Unternehmer Stakes (2200m) in