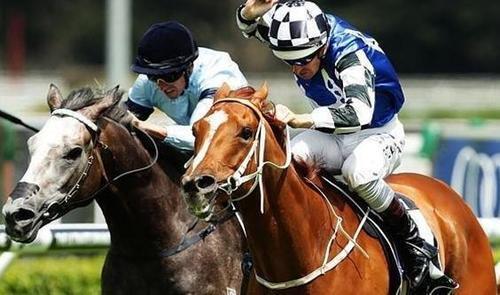 ~~He may still have a way to go before reaching the heights of his late half-brother Salon Soldier but Sommernachtstraum made a strong impression when winning the Australian Turf Club Handicap (2500m) at Randwick’s Kensington track on Wednesday.

At his fourth Australian start since arriving from Europe, Sommernachtstraum and Hugh Bowman combined to defeat five rivals in Wednesday’s staying event for trainer Kris Lees.

Bowman sat second in the run with the Gai Waterhouse-trained Rule Book in front for the majority of the race until Sommernachtstraum raced up and challenged for the lead half way down the straight, eventually gaining the upper hand.

The fast finishing Roaming Around arrived on the scene late but missed by a short neck while Rule Book stuck on well to finish half a length away in third.

The win came as a welcome change of fortunes for the horse’s managing owners Australian Bloodstock, who endured the sudden loss of Salon Soldier in December of last year.

Salon Soldier burst onto the scene in the spring of 2013 when winning the Myer Spring Fashion Handicap (1600m) at his Australian debut in resounding fashion before another strong victory in the Listed Visit Victoria Plate (1800m) at Flemington on Melbourne Cup day.

While Lees concedes he still has some way to go before getting the best out of Sommernachtstraum, he was pleased with Wednesday’s determined effort as the horse adapts to Australian racing.

“He’s a work in progress but it was a good grinding win,” Lees said.

“The race was run to suit, he got the right type of run, and the further he goes the better it will suit him.

“A race like the Queensland Cup over two miles in July could be a suitable race for him in the coming months.”