Saunter’s star can rise in Lafferty! 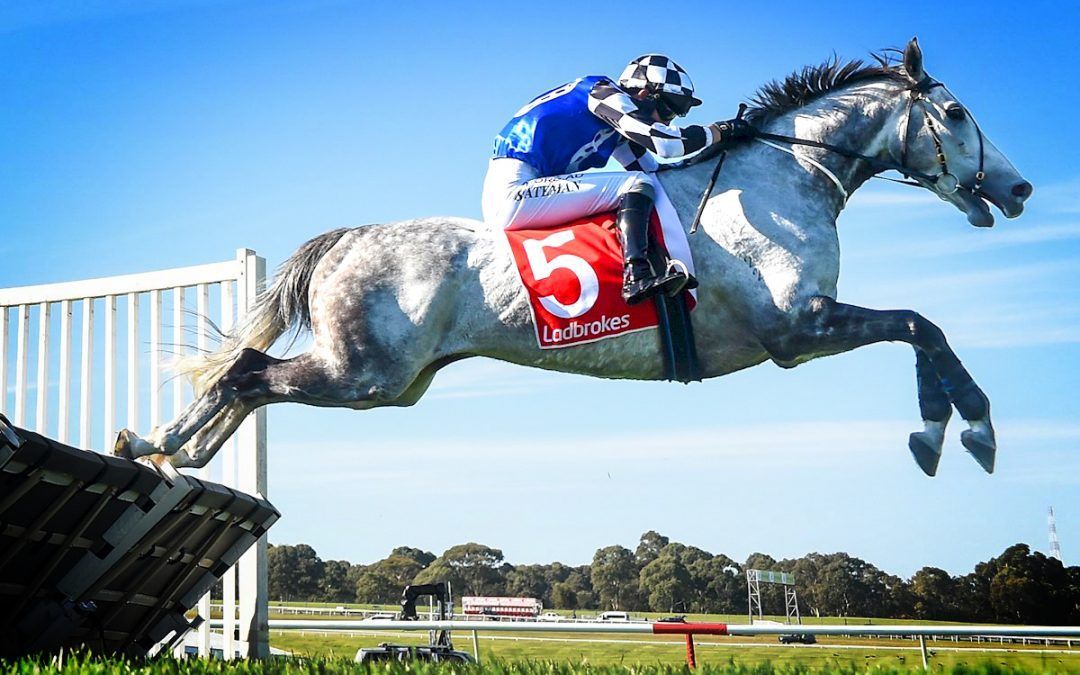 Story by James Tzaferis​ for racing.com

With rock star good looks and natural jumping prowess, it’s no surprise that Saunter Boy has quickly become one of the pin-up horses of this jumps racing season in Australia.

The eight-year-old has won three of his five starts over hurdles, including a 10-length demolition in the Australian Hurdle (3900m) at Sandown last month, and on Sunday his star can rise even further when he tackles the $100,000 Kevin Lafferty Hurdle (3200m) at Warrnambool.

Co-trainer David Eustace said Saunter Boy is improving with each run, pointing to what he rated as one of the horse’s career-best performances when second to stablemate South Pacific over 2540m at Flemington last start.

“I thought his run the other day was as good as any performance he’s put in, whether it be on the flat or over jumps,” said Eustace, who trains in partnership with Ciaron Maher.

“He’s going to go there (Warrnambool) and should be hard to beat, provided he jumps well, which he did at Sandown.

“He’ll run on Sunday and then I think we’d look at the National Hurdle at Sandown.

“Beyond that, we’ll just have to see how he is and what he does on the flat as well.”

The son of Raise The Flag has had two jumps trials either side of his first-up run on the flat, where he was well beaten by Mr Mooj over 2400m at Sandown.