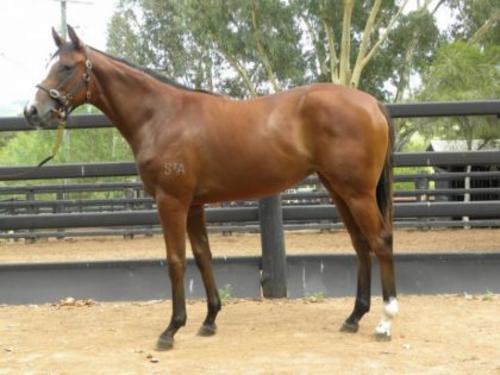 THE NEXT HOT DANISH….

Currently at the breakers (only 25% left, why wait another 12 months for a Yearling)

This filly is a real athlete. She was recommended to us a by one of best judges of yearlings in Australia. She is by the Champion Race horse Nothin’ Leica Dane who is the same sire as Australia’s best race mare and Multiple G1 winner HOT DANISH , CINQUE CENTO and One Time Melbourne Cup Favourite LEICA FALCON. Overall Nothin’ Leica Dane progeny have returned over $12 million dollars in prizemoney. Some Sires however are genetically inclined to produce a certain sex who performs better than the other. This is the case with when buying a Nothin’ Leica Dane as it’s the Fillies you want to own. NLD has had 82 individual winners of the female variety and yet of the 8 Group 1 Wins his fillies have won 6 of them !!! This is one of the best strike rates for a Sire in the world .

Magic Spell herself was very highly thought of by her connections and they genuinely belived they had a Group horse on their hands until on day she tragically injured herself and had to be retired to the breeding barn.

In the breeding barn unfortunately she wasn’t mated to the best stallions – however from her progeny she has produced two genuine City horses and had produced a horse that connections thought was Group class himself before he was injured in a paddock accident . Pedigree wise the family is full or genuine city and Listed horses and every generation has produced a Group winner or place gettor and we think we have found this generations one. You will notice with the pedigree that the horses produced over the last 3 generations are all very tough and consistent.

The other breeding aspect we like about this filly is that the cross of using a Nothin’Leica Dane stallion with a Soverign Red mare has only been lightly used but it has produced a Quality horse who was of Group Standard in Colmaine who was only beaten 3 lens in Group 1 race of the Sydney Cup and who was running Sensational races in races like the Lord Mayors Cup , the G1 Brisbane Cup etc etc

To see this filly race around the paddock and boss the other horses around we believe we have found a real bargain . She is very well balanced , has a great walk and attitude She is correct in confirmation and has something about her !!.

She is BOBS Eligible and is also paid up for BOBS EXTRA Extra money.