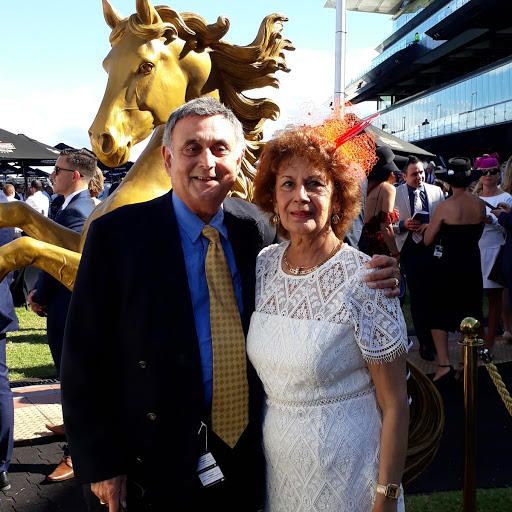 BY his own admission, DAVID BARTHOLOMEUSZ says he made some “really poor decisions” in racing a few decades ago.

“Additionally, in the early 1990s I got involved with a property at Yarramalong on the Central Coast and some racing stock, and it cost me a lot of money,” Bartholomeusz said.

Thankfully, those bad times didn’t completely dull his continuing interest in the industry.

Now, thanks to his association with leading syndicators Australian Bloodstock, he is sharing in the good times.

And his only regret is that he didn’t do it earlier.

Now retired, Sydney-based Bartholomeusz was a ground-breaker in that after a four-year stint in the mountains of Papua New Guinea in the early 1970s, he was the first person to establish a major green bean coffee import and wholesale trading company in Australia.

It was Australian Bloodstock’s top of the tree triumph with German stayer Protectionist in the 2014 Melbourne Cup which proved the catalyst for Bartholomeusz’s decision to become a client of the Hunter-based syndicator.

“I had seen their advertisements and when Protectionist won the Cup, I thought these guys know what they are doing,” he said.

“I was looking for some help to get rid of some stock, and got in touch with Luke (Murrell).

“I continued the dialogue with both Luke and Jamie (Lovett) and a few months later made the decision to become involved with them.

“I’m sorry I messed around so much earlier. They are a breath of fresh air.”

“He promised so much and was taken to the USA to run in the Group 1 Secretariat Stakes at Arlington in August, 2015 (he ran fourth to Highland Reel),” he said.

“He is now with Darren Weir in Victoria and since being gelded has started to realise some of that potential, winning in Melbourne and Adelaide this year.”

Bartholomeusz also shares in the ownership of other imports Glorious Sinndar, Raw Impulse and Big Duke.

“Glorious Sinndar won three in a row last year at Warrnambool, Cranbourne and then the Listed Andrew Ramsden over the Melbourne Cup 3200m at Flemington,” he said.

“He has since won twice over the hurdles and, whilst he unfortunately won’t be contesting the big jumps races this winter, there is always next year.”

Bartholomeusz says Australian Bloodstock discovered both Raw Impulse and Big Duke after each had won only one race in England.

“Raw Impulse won his first three Australian starts for us at Moonee Valley and Caulfield (twice), and Big Duke has won five races, including the Launceston Cup, Manion Cup at Rosehill and Chairman’s Handicap at Randwick.

“You could never have imagined either of those happening. I’ve won more than a dozen races in the last 10 months and all have been at metropolitan tracks ranging from city, Listed to Group races. I have been very fortunate.”

And winning is not the only important thing as far as Bartholomeusz is concerned.

“Naturally, we were all a bit disappointed when Big Duke didn’t win the recent Sydney Cup at Randwick, but our regular jockey Craig Williams couldn’t ride him because of suspension and he still ran a fine third.

“With a spell and further improvement, we’re hoping he will emerge as a real Melbourne Cup contender later in the year. I’ve already backed him at $51.

“Many of Big Duke’s owners came to Sydney from all over Australia for the Cup, and we got to know each other.

“We might not have won the Cup, but we left Randwick with smiles on our faces as we enjoyed each other’s company. There was great camaraderie.

“Australian Bloodstock not only foster great relations with their clients, but they are so easy to deal with.

“They make you feel you are so much a part of everything.”

Bartholomeusz added that whilst his wife Moirawasn’t a racing fanatic, she has grown to enjoy dressing up going to the races.

Although he owns only small shares in each of “10 or 11 horses” with Australian Bloodstock, the thrill of winning is just the same as if he owned them outright.

“It’s a wonderful feeling,” he said. “It never occurs that you might own only 5 per cent of the horse.”

He has just added another Australian Bloodstock horse – Japanese import Hallelujah Boy – to his portfolio.

“We got a photo of him after he landed in Australia earlier this month to go into quarantine before joining Kris Lees’ stable at Newcastle, and he looks a stunner,” he said. “If he races up to his looks, he is going to be a winner for sure.”

Whilst Bartholomeusz’s earlier racing interests weren’t so fruitful, he at least won the 1500m Bong Bong Cup in 2000 with Ascot, trained by “one of the good guys”, Rado Boljun.

And though he hasn’t forgotten capturing picnic racing’s most famous trophy nearly 17 years ago, there’s no doubt holding aloft the Melbourne Cup this November would be something else again! 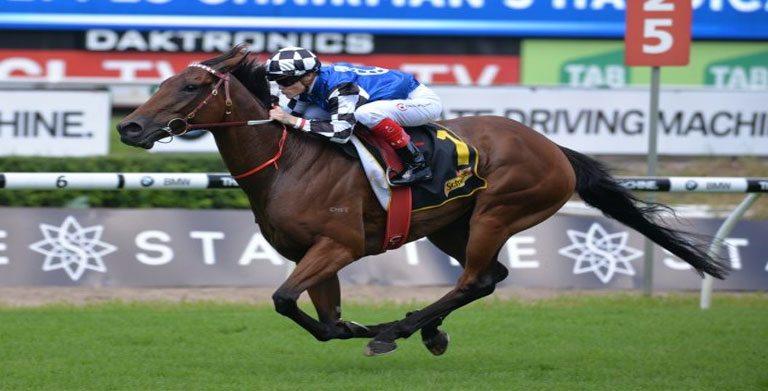 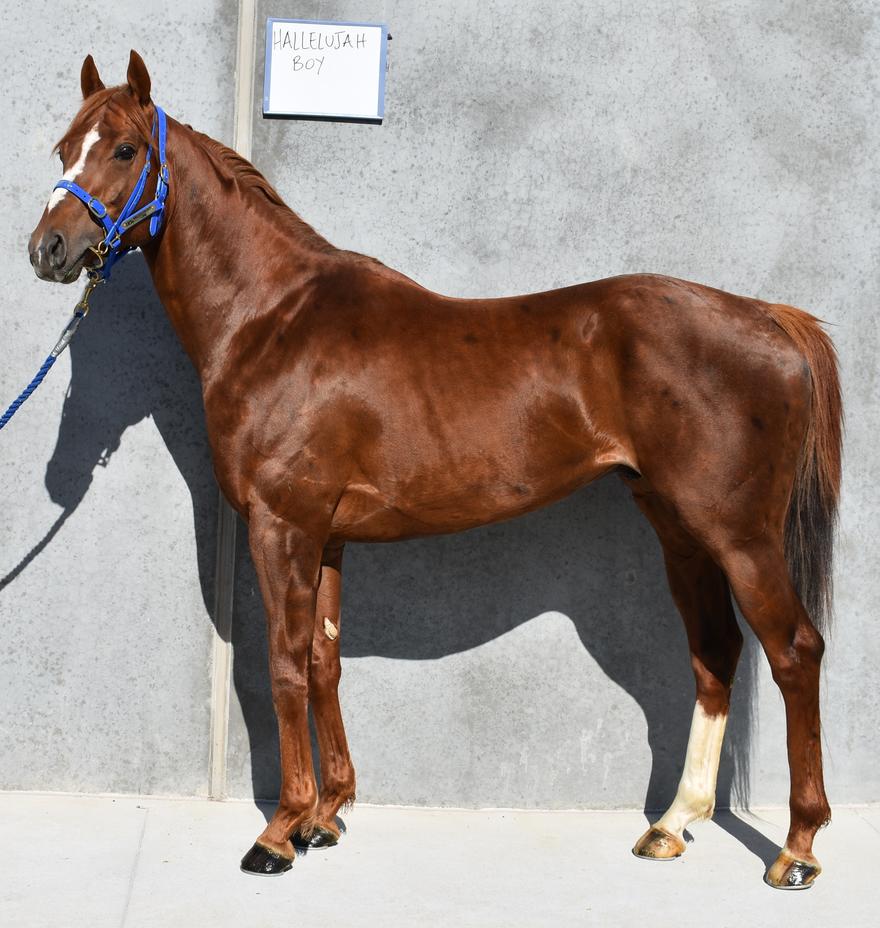 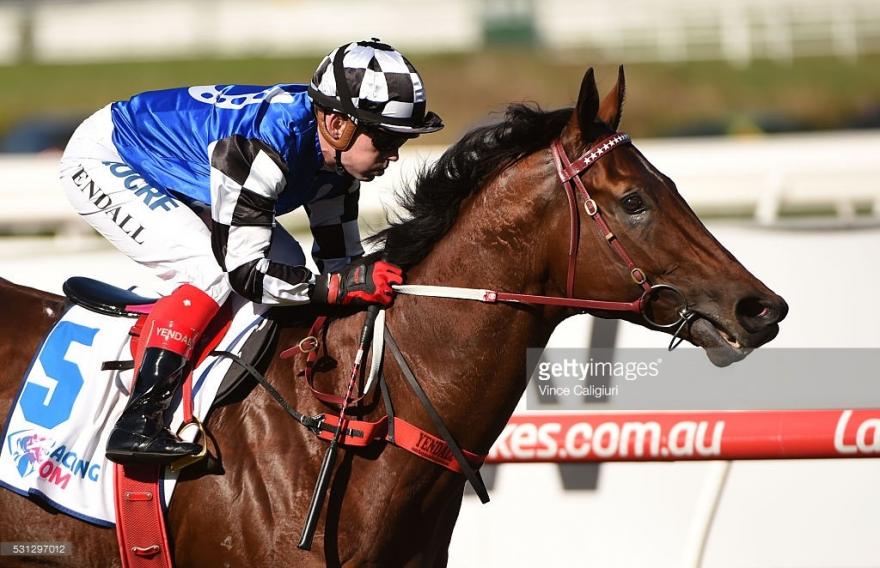