Slow Pace Ready For The Valley 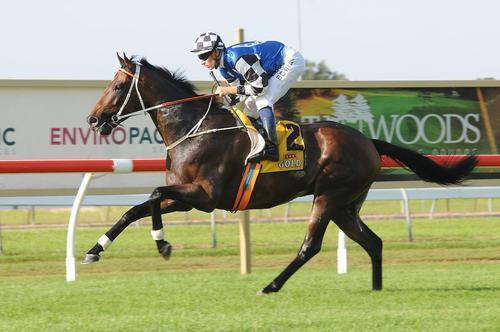 But whether he joins trainer Kris Lees’ outstanding mare in the $6m Melbourne Cup (3200m) at Flemington in a fortnight is by no means certain.

Slow Pace was to have contested last Saturday’s David Jones Cup (2000m) on the same program as the $3m Caulfield Cup (2400m), in which Lucia Valentina ran third to Admire Rakti.

But Lees wasn’t entirely happy with his progress since arriving from Newcastle earlier last week and didn’t proceed.

“His blood is right again, and my foreman Mal Ollerton reported he worked strongly this morning,” Lees said.

“He will definitely run on Friday evening.”

The much-travelled Slow Pace – who raced in France and the United States before coming to Australia – has 60kg topweight in a 2040m Open Handicap and, with suspended Hugh Bowman sidelined, Nash Rawiller is a likely rider for him.

Lees says the chances of Slow Pace joining Lucia Valentina in the Melbourne Cup line-up are slim at this stage.

“We’ll know more after he races at Moonee Valley,” he said. “If he won or performed well, we could consider backing him up at Flemington on Saturday week in the Lexus Stakes (2500m).

“But it’s more likely he will go to the Queen Elizabeth Stakes on the final day at Flemington and then the Sandown Cup a week later.”

Brook Road, runner-up at both starts since joining Lees’ stable, is Melbourne bound.

Brook Road just failed to hold out the classy Avoid Lightning in The Nivison (1200m) at Randwick last Saturday, and deserves her chance in Melbourne.

“He’s a really nice horse,” Lees said. “I’ll give him another start at the provincials and then take him to town.”