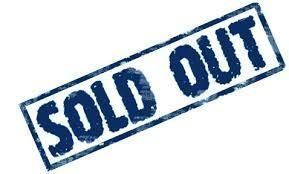 “Raw Impulse is a lightly raced 3 y/o of imposing physical quality and scope.

He stamped his potential at only his 2nd start outclassing a high grade Nottingham Maiden field which included 6 subsequent winners including the very impressive recent Group 3 Ascot winner Star Storm.( who I consider is a genuine Arc runner next year)

At only his 3rd start over 10 furlongs against a high class field of older stayers he showed an impressive turn of foot and considerable strength to sprint hard up the Newmarket Hill cutting ground rapidly off the the highly thought of Memorial Day.

His 2 subsequent runs when 3rd at Goodwood when unsuited by very soft conditions and 2nd at Salisbury when unfavoured by an unusually slow tempo confirmed that he is racehorse who is always competitive.

Raw Impulse has shown every indication that 2400 to 3200 will be where he performs best.

He has shown every indication that he has the class, strength and speed to be highly competitive at the highest level in Australia.

As a maturing 4 and 5 year old he looks a serious Cups horse in the making and I believe he looks to be one of the best and most promising horses purchased for Australia from Europe in the last 10 years.I consider him a more talented horse than horses like Hartnell, Magic Hurricane and Contributer which I note have done so well down there in recent times There is no doubt he has the ability to be a Group 1 horse in Europe and im surprised you have been able to buy him. Everything about him says he will be Group 1 in Australia and I must congratulate you on buying such a horse you should have a lot of fun