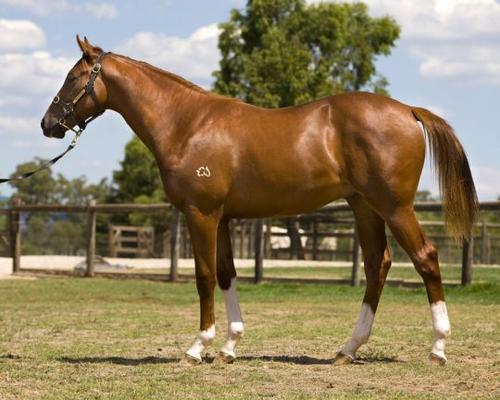 He was purchased at the Inglis sales and is eligible for the big Scone Inglis $1million dollar race plus other Inglis Bonus races.He is also BOBS eligible.

From the day he has been broken in he has impressed everyone who has handled him and whilst only early days he certainly has shown above average ability. Kris knows the family inside out through his Captain Bax association.. Is being brought along slowly and will be back in work this week being aimed at all the early two year old races.

Trainer Kris Lees has retained a large share as has Australian Bloodstock on the recommendation of the trainer.

He comes from one of the best families in the Stud Book and is closely related to the upcoming star HINCHINBROOK who is a Half Brother to SNITZEL .

If you are chasing a Potential city class horse enquire now about our racing partnerships for as little as $1890 plus gst.