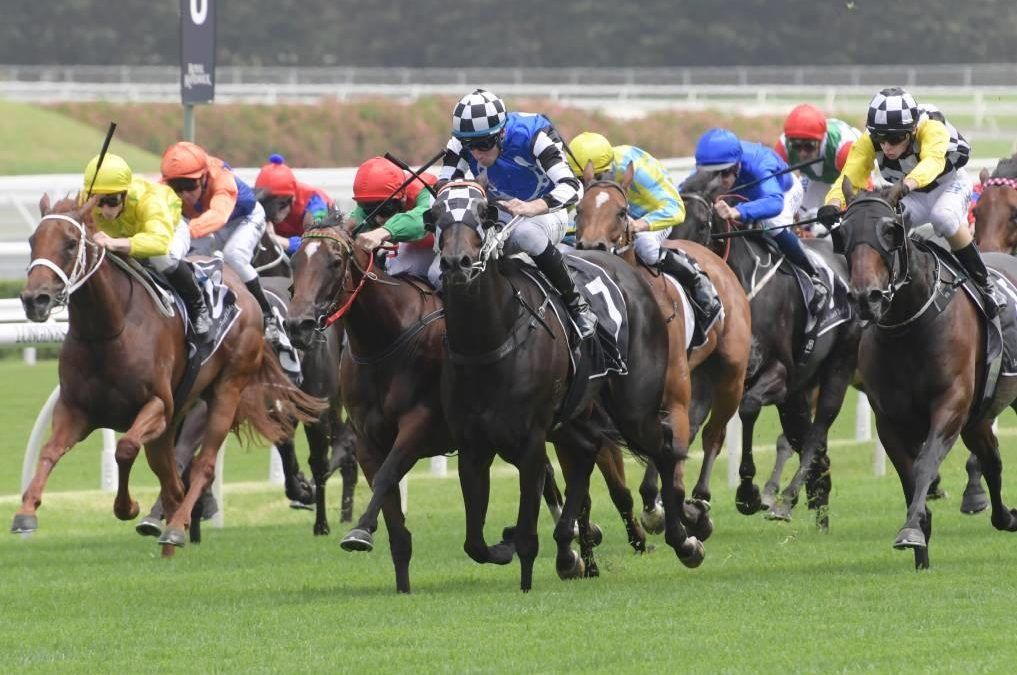 The six-year-old edged ahead of $2.35 favourite Seasons in the final 50 metres to win by a long neck after coming from a three-wide run at the back of the field in the 1200m benchmark 88 handicap for mares and fillies.

It was the Time Thief mare’s 17th start in metropolitan company, which includes trips to Doomben, and first win after eight placings.

Bought for just $5000 by Hunter syndicators Australian Bloodstock, Star Reflection has now won six times in 33 starts and $279,872 in prizemoney. The victory on Saturday landed some big bets for connections and was a relief after a frustrating run of narrow losses in past preparations.

“She’s been so unlucky but she’s just one that needed a soft track, just to get her toe in,” Australian Bloodstock co-director Luke Murrell said. “She’s just been running on the highways recently, just really firm tracks and it hasn’t suited her.”

“With that win she’s a little bit tricky to place,” he said.

“We’ve kept her in those restricted races but she’ll have to go to group company now and head to Queensland over the summer and hunt a dead or worse track.

“We paid $5000 for her so she’s paid for herself multiple times over. We’ll just try and help her now. She’s almost like the family pet, she’s a beauty.

“When they get past her she just tries to have a go and that’s why everyone loves her.”Star Reflection last won a year ago at Muswellbrook and Lees racing manager Lucas Miller was delighted to see her break through in town.

“If a mare’s deserved a Saturday win, it’s this one,” Miller told Sky Thoroughbred Central. “All of last preparation she’s been so close, and a little bit inconclusive last start.

“She had no luck, but Tommy [Berry] got her in a lovely position today and the speed was on up front and she was able to pounce on them.

“She’s so consistent, you can’t rule her out of any race she goes in. She’s so genuine and tough, so we were pleasantly confident. We knew she’d run well, so it’s really good to see. It’s great for all the connections, there’s a few of the boys here today who had a good crack at her.”

The victory was part of a Randwick double for Australian Bloodstock, who won the listed Christmas Cup (2400m) with the Kim Waugh-trained Our Century.

Second to Exoteric two weeks ago, Our Century turned the tables to win by 1-3/4 lengths.

“I may give him one more run then he can have a short break and get ready for the Sydney Cup,” Waugh told AAP. “Last time they ran such fast sectionals, two seconds faster than normal, that he just didn’t have a chance. I took him home and gave him four days in the paddock on the farm and he loved that.”

“He has been working well and coming off the track like a two-year-old.”