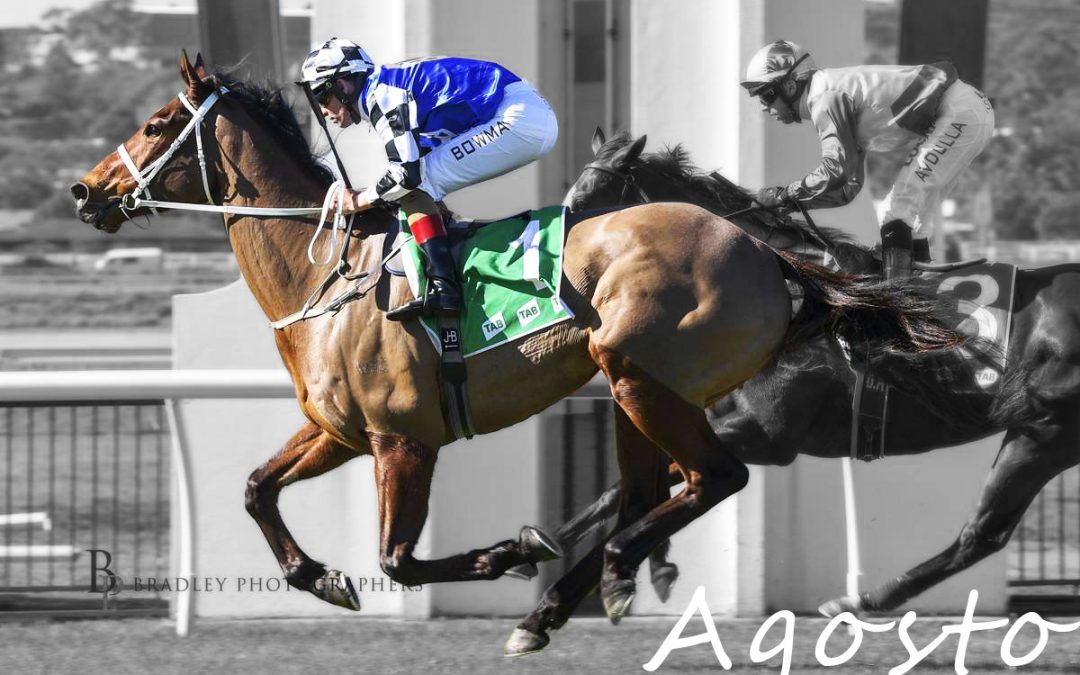 At Kembla on Thursday we saw what may be a really, really promising stayer win his maiden.

He was bought by Australian Bloodstock after he had placed in a race in France late last year.

Yesterday was his Aussie debut and under Hughie Bowman he came from last in the field over 1500m and won drawing away.

And his appearance is just the start of the next and perhaps strongest wave of imports purchased late last year by Australian Bloodstock.

And on queue, one of them debuts in Australia on Saturday.

She is DELECTATION GIRL (Delegator-Chushka) who races at Rosehill Gardens in race 8 at 4:00pm.

She is trained by Kris Lees and the reports, like Agosto’s were, are very good surrounding her.

Also, like Agosto, she has trialled very, very impressively which means she may well be running a huge race.

Delectation Girl has won 4 races, a Gr 3 in Ireland, another gr 3 in Germany and has run 4th in a gr 3 at Churchill Downs.

She has won from 1200m to 1600m and has Sam Clenton on at Rosehill, and it’s her first start in 9 months. She hasn’t raced since running 5th in a Gr 3 sprint at Keeneland in Kentucky last year in October.

Incidentally, in that same Keeneland race was Con Te Partiro who was also purchased by someone else and sent to Australia where she won on debut here the Gr 3 Dark Jewel while trained by Gai and Adrian recently.

But Australian Bloodstock aren’t resting on their laurels with this pair.

They have also purchased DANCETERIA (Redoute’s Choice-Bal De La Rose) who has also won up to Gr 3 level in Paris. He’s had 15 starts and has won 6 of them, his latest outing being a fast finishing 4th in the recent Gr 1 Coral-Eclipse Stakes behind the wonder mare Enable.

While in Europe he is trained by David Menusier who will set him for the Grosser Dallmayr-Preis Bayerisches Zuchtrennen, a Gr 1 in Munich on 28 July, before preparing him for a trip to Australia for the Gr 1 Cox Plate.

This story originally appeared at justhorseracing.com.au

Want to get involved in our next import?