STEAL THE CASH TO LINE UP IN THE PALMERSTON………… 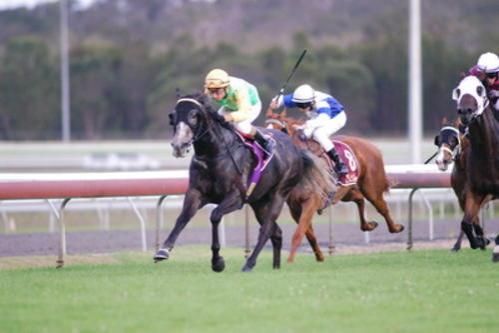 Steal the Cash has confirmed his status has one of Darwin’s Hottest prospects by recording his second City win and remain undefeated in his two starts on the oil based surface . After donkey licking the opposition by an amazing 9.3 lens, Steal the Cash backed up on the 3rd July and defied the bias to again win and confirm his status as one of the Favourites for Darwin’s Biggest Sprint race timed honoured Listed $110,000 PALMERSTON Sprint .Well known local Business identity and racing tragic Peter Mules commissioned Australian Bloodstock several months ago to purchase a horse for the carnival . With the purchase price returned within two starts all expectations have been exceeded and expectations are growing going into Saturday week’s Feature Sprint !