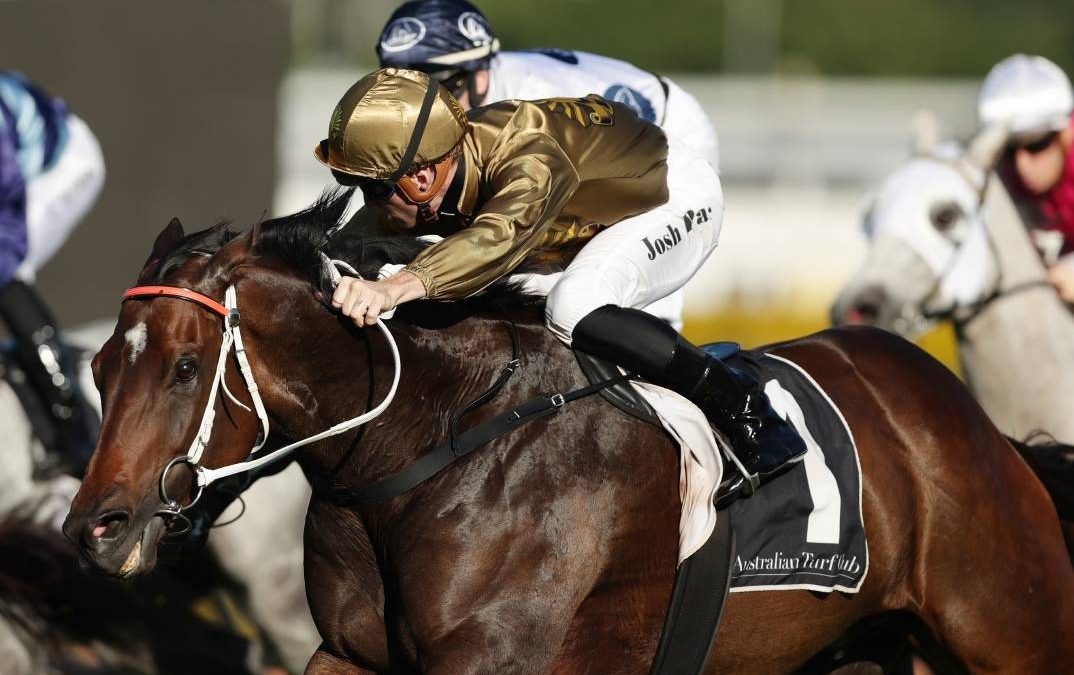 Newcastle trainer Kris Lees has indicated a Stradbroke Handicap may be on the cards for Tactical Advantage following an impressive victory at Rosehill on Saturday.

The six-year-old gelding stormed home to win the listed Hawkesbury XXXX Gold Rush (1100 metres) having finished runner-up in the same race 12 months ago.

Tactical Advantage jockey Josh Parr, wearing commemorative Anzac Day silks as the top weight, was sitting midfield and made his move with around 250m left by shifting out a further three wide to get a clear run home.

Recording a meet-best 33.76 seconds for the last 600m, the Australian Bloodstock-owned charge pipped favourite Villami by 0.2 lengths while stablemates Graff and Agent Pippa were fourth and 14th respectively.

“I wasn’t concentrating on the Anzac colours, I lost them mid race,” Lees told Sky Racing.

“I could see Graff was going to run well and then I could see this horse come down [the outside]. It took me a little bit to process the colours and then I realised when I saw the number one. So that was pleasing to see.”

“It was a good win. He’s a highly talented horse and he’s got a good winning record,” Lees said.

“I think that race fitness certainly helped today, he got that little bit of freshen up from a couple of runs back.

“He’s got a really good finish on him in the right races when it sets up right and did today.”

The Novocastrian said Tactical Advantage now has a few options available including the Scone Cup carnival next month, defending his Takeover Target Stakes (1200m) crown at Gosford on May 9 or nominating for the group 1 Stradbroke Handicap (1400m) at Eagle Farm on June 6.

“We’ll look at either of those two [Gosford or Scone] and we might even nominate for a Stradbroke,” Lees said.

“He’s a horse that can stay up for a while if we space his runs.”

We had such a brilliant response to our early yearling purchases that they are all now sold!

Congratulations to everyone that snapped up shares!

Send us a message and let us know what kind of horse you want to race, your budget and preferred trainer and state. We will contact you when the right horse is available!