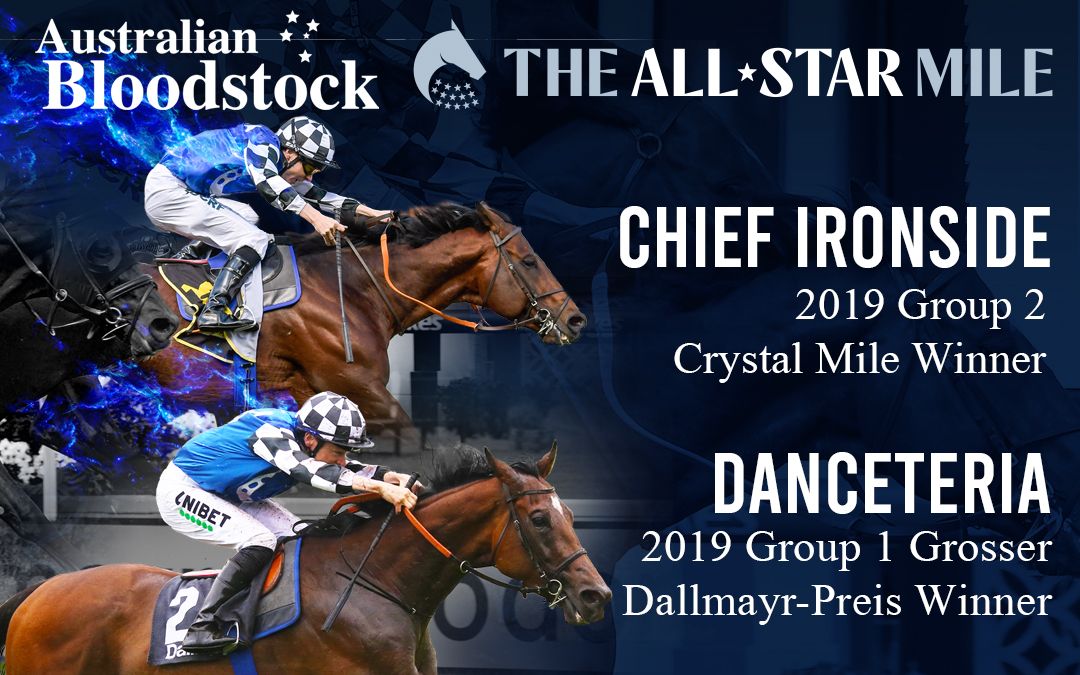 Australian Bloodstock have two horses inside the top-30 pushing for All-Star Mile entry but company co-director Jamie Lovett isn’t holding out too much hope of having their first runner in the race.

European imports Danceteria and Chief Ironside are Australian Bloodstock’s hopefuls for the $5 million All-Star Mile held at Caulfield on March 14.

Both horses are approximately a month away from racing for trainer Kris Lees after campaigning through last year’s Melbourne spring carnival for Sussex-based Frenchman David Menuisier.

“We nominated both horses but it doesn’t look like we’ve got a big enough ownership group to get them in with enough votes,” Lovett said.

Lovett says Lees is yet to determine exact races for both horses for the first quarter of this year but concedes its likely both horses will race predominately in Sydney with their campaigns culminating during The Championships at Randwick in April.

“Chief Ironside is the likelier of the two to come to Melbourne,” Lovett said, suggesting last year’s G2 Crystal Mile winner could resume in an All-Star Mile ‘win and you’re in’ race such as the G1 Futurity Stakes (1400m) at Caulfield on February 22 or G2 Blamey Stakes (1600m) at Flemington a week later.

Lovett echoed the sentiments of Australia’s leading trainer Chris Waller who last week pondered the difficulty of preparing Kolding for the All-Star Mile, a race where two-thirds of the 15-horse field is determined by public vote with participation for an unpopular high-performer dependent on five wildcard slots.

“It’s an interesting concept,” Lovett said. “In Australia, we’ve got a lot of big syndicates and invariably you’re going to have mediocre horses make up a portion of the field.

“It’s worth a lot of money so you can’t ignore it but you can’t put all your eggs in the one basket.”