Syndicate Has High Hopes For Brook Road On Oaks Day 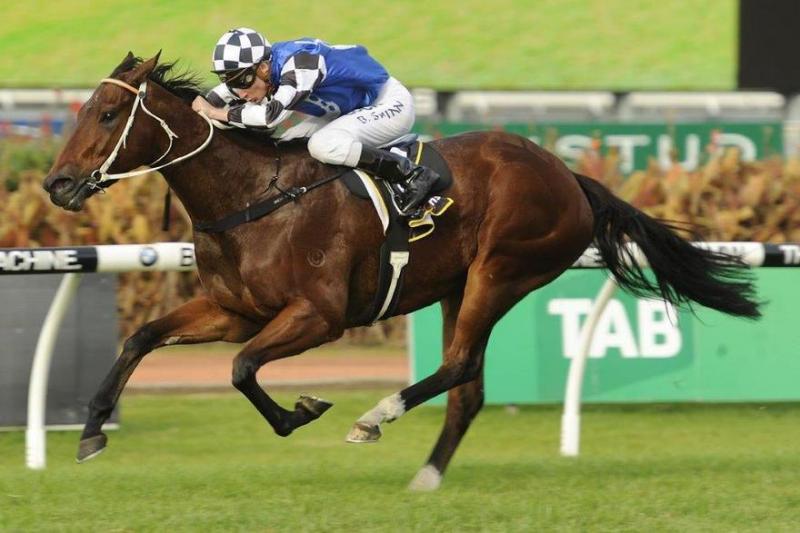 The five-year-old mare, trained by Newcastle’s Kris Lees and owned by Murrell’s Australian Bloodstock ­syndicate, will line up in the group 3 G.H. Mumm Stakes on Thursday over 1100 metres.

It will be her first look at the

But despite being in new territory, last year’s Melbourne Cup winning connection believes Brook Road can get the job done.

“If the track plays fair I think it can run top two,” Murrell said.

“There is supposed to be a bit of rain about as well, which may even it up as well, but I can’t wait for Thursday.”

Brook Road, by God’s Own and Cool Gal, last won at Canterbury on July 25.

Before that heavy track victory she triumphed over the same 1100m distance at a soft Rosehill on June 13.

Brook Road has collected $287,850 in prizemoney from 16 career starts, including six wins and a further four placings.

She returned in September with barrier trials at Wyong and Newcastle.

This was followed by a seventh at Moonee Valley on October 2 and a ninth at Caulfield on October 17.

Brook Road will be in decent company on Thursday and Murrell said Lumosty, Afleet Esprit and Tuscan Sling would be the hardest to beat.

She will carry 55.5 kilograms and launch from barrier 10.

The seventh on a nine-race program jumps at 4pm.

Australian Bloodstock will be back in action at Flemington on Saturday as well with Magic Artist and Oriental Lady.

Five-year-old Irish horse Magic Artist, trained by Andreas Wohler and ridden by Blake Shinn, will contest the $1 million group 1 Emirates Stakes over a mile after finishing fourth in Saturday’s Mackinnon Stakes at the same venue.

“Magic Artist is a group 1 horse, so hopefully he will be right in that race,” Murrell said.

“He was a bit unlucky to finish fourth in the end after being checked in the straight, but we were happy with the performance, especially first up in Australia.”

Oriental Lady, under Lees, will ­follow in the next race over 2000m.

Murrell didn’t have any runners in this year’s Melbourne Cup after defending champion Protectionist was forced back to Europe with an injury.

Protectionist may not return for another tilt at the two-mile race on the first Tuesday in November, opting rather for a crack at the The Prix de l’Arc de Triomphe in Paris.

However, Murrell has already ­started dreaming about another shot at glory with Singing, Gold Stream and newly acquired New Zealand recruit Raw Impulse.

“It was a bit different not having a runner this year and watching from afar in the grandstand,” he said.

“Hopefully this is the only year we have off.”

Murrell’s two-year-old filly Pop finished midfield in the 1000m maiden which opened the Melbourne Cup program at Flemington on Tuesday.