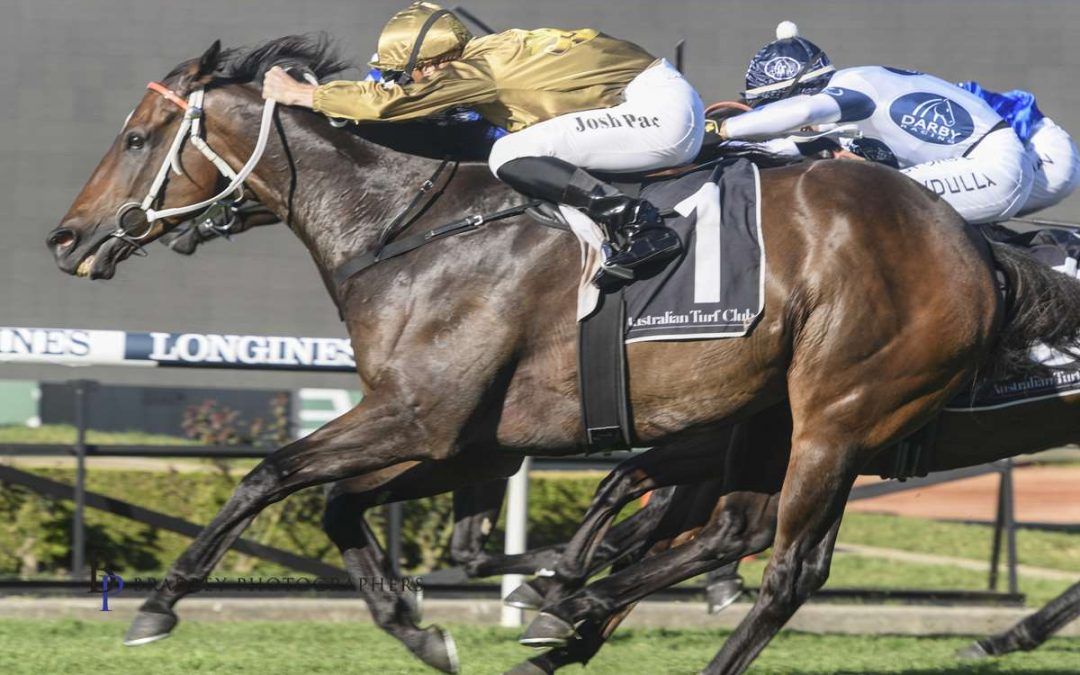 The riders of the horses carrying the No.1 saddlecloth in the eight races on Saturday wore khaki colours to commemorate the day.

With the public unable to attend Anzac Day services in Australia or New Zealand because of coronavirus restrictions, Parr said he was especially pleased to be wearing the colours for his victory on Tactical Advantage in the 1100m sprint.

“Obviously the freedom we live is what they fought for,” Parr said.

The Kris Lees-trained Tactical Advantage ($12) relished getting back on a dry track in the third start of his autumn campaign.

Parr was able to angle him into the clear at the 200m and he charged home to beat $4.80 favourite Villami by a short neck.

God Of Thunder ($12) was another short head away third with Tactical Advantage’s stablemate Graff a close fourth in his return from a spell.

“Kris gave me a lot of confidence pre-race. Being back on top of the ground in a race that looked to have nice tempo,” Parr said.

“He said that last furlong you can expect him to be very quick and a strong chance to nab them late, which he did.”

Tactical Advantage, who was narrowly beaten in the corresponding race last season, took his overall record to 11 wins from 33 starts with three of those victories at Listed level.

Lees will work out immediate plans for the six-year-old which could include a tilt at the Group One Stradbroke Handicap (1400m) in Brisbane in early June.

The Newcastle trainer had three runners in the race and admits he lost focus on Tactical Advantage during the run.

“I wasn’t concentrating on the Anzac colours, I lost them mid-race,” Lees said.

“I could see Graff was going to run well and then I could see this horse come down the outside. It took me a little bit to process the colours and then I saw the number one which was pleasing to see.

“He has got a really good finish on him in the right races when it sets up right like it did today.”