The Spring Begins In Winter… 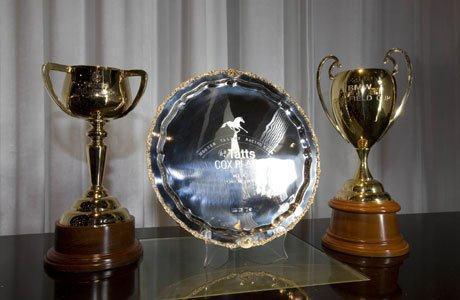 In the middle of winter, washed out meetings and Heavy 10 tracks it’s hard to visualise the excitement of what lay ahead in the Spring. With the arrival over the weekend though, of two potential Spring Carnival colts it’s hard not to start wishing the days away.

Both colts have arrived from GER in great order, and to date appear to have coped with the travel. Ideally Salon Soldier could force his way into a Caulfield Cup, with Waldpark focusing on the Cox Plate as his Grand Final.

With proven performers Award Season and Hathras both returning for the Spring, along with potential top liners in Saghann,Zutero, Brehat and Pirate Bay to booster the stocks the gun is certainly loaded.

Adding to the impressive to numbers in Melbourne we are too excited to be launching our Singapore team with Michael Freedman. With new addition, former UK colt Kingsdesire arriving this week to accompany Stakes placed Let Go Lenni and stable stalwart Mawingo, the opportunities up there appear endless.