The transformation of Brave Smash 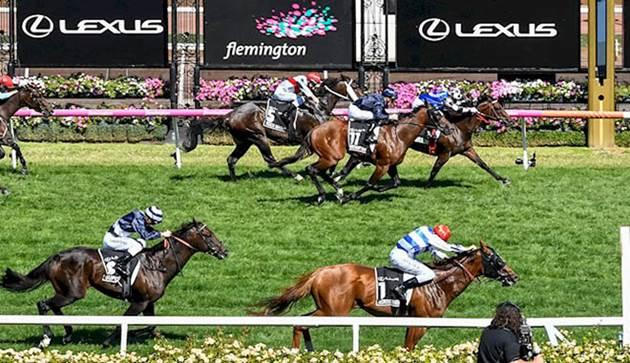 Brave Smash has a similar profile. His transformation under the training of Darren Weir has been outstanding.

His sire is Tosen Phantom, a son of the outstanding Neo Universe, and from the famed Sunday Silence family.

After winning a two year old race over 1400m, Neo Universe became a star on the track and racing in some of Japan’s biggest races up to 3200m. He was good enough to win the Japanese 2000 Guineas over 2000m, the Japanese Derby over 2400m and place third in the Japanese St Leger over 3000m. He also ran fourth in a Japan Cup over 2400m.

Brave Smash’s dam is Tosen Smash, a daughter of champion Tokai Teio, who only won once and that was over 1800m on dirt. Her sire Tokai Teio won the Japanese 2000 Guineas and Derby, the Japan Cup (defeating Australian star Naturalism) and the Arima Kinen, Japan’s biggest race, over 2500m.

Brave Smash’s pedigree doesn’t scream sprinter yet he has emerged as a sprinting star in Australia.

Since arriving in the care of Darren Weir, Brave Smash has had eight starts – six times at 1200m and twice at 1400m – with his only unplaced run being in the Group 2 Australia Stakes at Moonee Valley. He has won the Group 1 Futurity Stakes over 1400m and placed in races such as The Everest, CF Orr Stakes and Newmarket Handicap.

He has been redeveloped into an elite sprinter in Australia by Darren Weir and his team. It again raises the question of whether he would have had similar results if he had stayed in Japan.

While the old saying rings true that ‘one swallow does not a summer make’, we have also seen trends emerge in some other big sprint races that allows for a blend of international pedigrees to compete.

This is not a dig at the Australian breeding industry as it continues to produce sprinters of the highest quality. But the racing and breeding landscape is changing.

In the world’s top 10 rated sprint races for 2017, Australia only had two – the Darley Classic at Flemington and TJ Smith Stakes at Randwick.

As stallions continue to shuttle to studs around the world, we will to see pedigrees become far more international in years to come – and one jurisdiction will likely have less influence than others, especially in distances up to a mile.

The Newmarket Handicap showcased how an open mind to training and programming techniques will continue to the best determiner for getting a result on the track.