This Week At Australian Bloodstock… 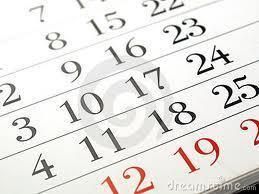 It’s been a busy week in the aftermath of our first Caulfield Cup runner Lucas Cranach’s 5th placing last Saturday!

On Monday our 2yo OCKHAM’S RAZOR made his debut at the official trials at Cranbourne, finishing a narrow second to stablemate Stinchar in the fastest time of the day.

Stinchar won the 800m trial in a time of 47.16 seconds and this was considerably faster than the other 2yo trials on the day, with the 3yo+ trial the only group able to get anywhere near the time.

Ockham’s Razor is progressing really nicely and will make his debut soon, trainer Anthony Freedman couldn’t be happier with how he is progressing.

LUCAS CRANACH continues to make good progress following the Caulfield Cup and this week Lee and Anthony introduced him to the beach.

To say that the big boy enhoyed himself is an understatement! He was like a kid at the beach for the first time, lunging through the surf and rolling about on the sand – he was dubbed “Lucas the Lamington” after his first swin / roll combo!

Also this week, our international form analysis Mick Sharkie began the search for our next batch of imported stayers. Mick has been scouring Europe looking for the next Lucas Cranach and he has his eyes on a couple of likely prospects. If you would like to be involved in our next international import for the Caulfield Cup, Melbourne Cup, and Cox Plate in 2012, please contact us – but don’t delay, spots are going quick.