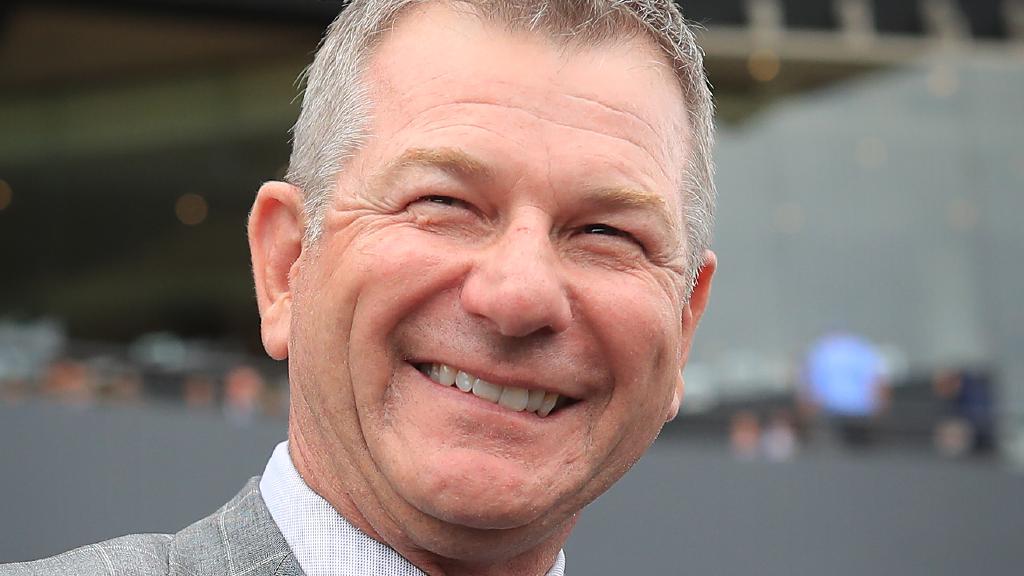 The partnership with Australian Bloodstock partnership may be propelling top trainer Kris Lees towards a NSW premiership this season — even if it “doesn’t mean much”.

In 2019-20, the Newcastle horseman has trained 9½ more winners in NSW than Chris Waller — who has led the state’s premiership every year since Peter Snowden beat him by half a win in 2010-11.

“It’s a long way off and it’s only May. I don’t take a lot of notice to that to be honest,” Lees said. “We’ve got good numbers and are placing them in the right areas. I haven’t got the volume of last year though, but it’s been a good season.

“I don’t know if you judge your season on pure winners. I just want each horse to maximise their earning potential for the owners. Every horse has their own story and it’s an expensive game.”

“He’s the leading trainer in the state,” Lovett said, with a laugh.

“He’s having a fantastic year and it would be a big deal to win the premiership. He’s got the ammunition now to compete with those guys in Sydney.

“We’ve had a good couple of years with Kris. The horses we’re buying out of Europe have performed well. They’ve got the job done for their connections and there’s more coming through.”

Lovett said Lees is great at giving information to owners and he’s got such a good system in place with the right staff.

“He’s obviously a very good trainer but he gives you access to your horses. He probably gives them too much information to be fair,” Lovett said.

The Australian Bloodstock silks are seen on a little under half of Lees’s total stable runners and the team has been firing for many months now.

Lees, Lovett and Luke Murrell combine well to get results and the relationship between the trio is a perfect blend of communication and trust.

“It’s a very easy relationship,” Lees said. “The three of us work well together and I’ve been with them pretty much since they’ve started.

“This calendar year they’ve had a number of Stakes winners so it’s been a good season for them. They leave things to me but I respect their opinions, too. Luke is very thorough and Jamie had a great understanding of game.

“They have strong opinions but at the end of the day they let me make the final call, which is important for a trainer.”

What Lees always has to look forward to is the next European import Lovett and Murrell hand to him, often a better horse than locally bred stayers.

They have been doing it so well for many seasons now.

“It is exciting,” Lees said. “They do their homework so well and they continue to find the right horses that are suited to Australian racing and I’m the lucky one out of that.”

Lovett said it was easy to leave things to Lees when they hand him an import.

“He’s proven how good he is with horses like Big Duke, Red Cardinal, Raheem House, and Mustajeer that he can train them up to their best,” Lovett said. “Mustajeer ran fifth in the Caulfield Cup last year and you could argue he was unlucky in the Sydney Cup.”

The success that’s come to all stables around Australia in recent months has been threatened by the coronavirus and everyone involved in racing in the country knows just how lucky they are they are to belong to one of the few sports in the world that has remained open during the pandemic.

Lees didn’t think the industry would even have an autumn carnival at one point.

“I can’t believe we’ve made it through, I really can’t,” he said. “In those first couple of weeks I was just waiting for the phone call (to say racing’s off). It just shows how good Racing NSW have been and everyone involved who has done the right thing.”

“The way we’ve come through this shows how much confidence there is in racing. The (Easter) sales were very strong considering what we’re going through.”

The stable, and Australian Bloodstock, is out to continue its success on Saturday at Royal Randwick, which hosts the Gosford Gold Cup program.

Sprinter Tactical Advantage is trying to become the first horse to win the Listed Takeover Target Stakes (1200m) two years in a row.

The Bel Esprit six-year-old comes into the race off a win a fortnight ago in the Listed Hawkesbury Rush (1100m) when he came across heels and exploded late to defeat Villami.

His previous win was up the straight at Flemington on Melbourne Cup day last year which was the only time he’d won since last January’s Takeover Target Stakes, so he has been hard to catch for a while.

But Lees defended him, saying: “You could say that but he’s got a terrific win record. He’s won 11 from 33 so that’s a third of his races. He needs things set up for him. He needs a solid tempo up front and often those types of horses rely on a few factors but he’s got a great turn of foot.”

Hugh Bowman rides him on Saturday out of barrier nine and look for him to swoop late.

She was less than two lengths off the winner Amangiri that day and Robbie Dolan will ride her with just 53kg on her back.

“She ran really well over an unsuitable trip last time. She had a gap between runs to freshen her up and she reacted well,” Lees said.

“She has no weight on her back and goes well at Randwick.

“She’s had a great 12 months without winning. She won the (Group 3) Adrian Knox (Stakes) then ran well in the (ATC) Oaks and was unlucky up in Queensland at the top level and that put her straight up in that higher bracket of racing.”

From barrier 15 in the capacity field, Dolan will let her settle near the rear and look to come over the top of them late and try to improve on a record that reads three wins from 24 starts.

“She goes back too and is another horse that relies on so many factors in the run as a back marker,” Lees said. “She’s a valuable mare now so they can’t take that off her but sometimes, when you win those Stakes races as a three-year-old you can flounder in your four-year-old season.”

She may be joined by a non-Australian Bloodstock stablemate depending on the track condition.

“Frankely Awesome will run providing the track stays soft,” Lees said. “She’s another one who was excellent at three then had an knee issue after the Oaks last year and off a long break has taken a little while to get back into form.”

Earlier in the day, Lees will test Kinloch in a two-year-old race after winning impressively on debut at his home track when coming from off the speed and winning by a length.

“We rode him conservatively from a wide gate at Newcastle and he reacted very well,” Lees said. “It’s a big jump to an Open two-year-old race and there’s a few winners in it but he’s come on since his win and shown he’ll be competitive.”

So how much has he improved from start one to two?

“I haven’t fully tested him yet but we’ll learn more on Saturday in terms of how he’s come on,” Lees said.

Top Prospect and Articus take each other on in the final race of the day and both are each-way hopes. “Neither of them win out of turn and they’ve both got a few tricks,” Lees said. “They’re both more than capable on their day.”

Lees may be overrun by the Waller powerhouse towards the end of the season in the NSW trainers’ premiership, it wouldn’t be a surprise, but it’s fair to say he’s in the prime of his training career.

And there’s a lot more to come.

“Hopefully I can keep maintaining similar standards and keep up with the best trainers around,” Lees said. “I’m 49. I was nearly going to say 48 to get a reaction out of my mates. And I won’t be turning 50 until next year.”