Trainer mulls over short back up for Mugatoo 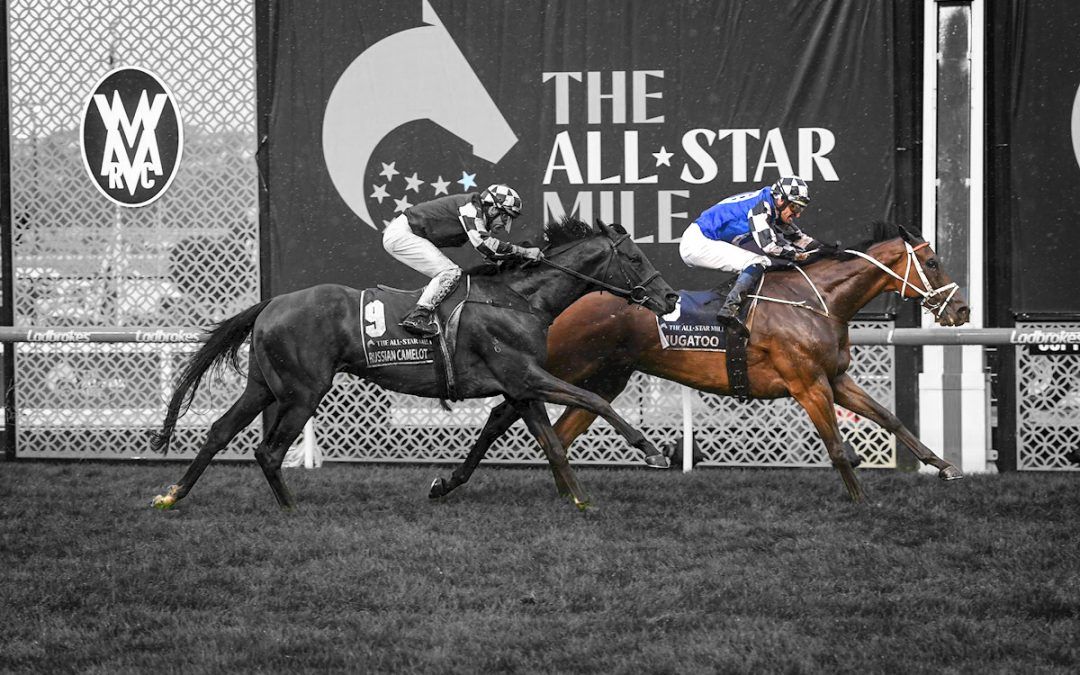 Trainer Kris Lees conceded beaten Doncaster Mile favourite Mugatoo may now be looking for 2000m as he mulled over giving the import his chance in Saturday’s Queen Elizabeth Stakes at Randwick.

Mugatoo carried the equal top weight of 56kg and loomed to win Saturday’s Doncaster Mile as the $4.20 favourite before being run past over the final stages to finish fourth.

“He got a nice run and I thought he looked the winner at the 200m but probably just didn’t charge through the gap.

“A couple of lightweights were able to come off his back and beat him but he wasn’t disgraced.

“Possibly he is looking for 2000m now but that was always the risk but I was happy with the run without getting a result.”

Mugatoo was coming off a victory in the $5 million All-Star Mile at The Valley and Lees was keen to keep his son of Henrythenavigator fresh for his Doncaster Mile bid.

Cascadian has grabbed it in the shadow of the post! A gun ride from @jamieleekah07 for @godolphin to win the 2021 G1 Doncaster Mile. pic.twitter.com/uXgl3jH5or

He was beaten by 1-1/2 lengths by Godolphin gelding Cascadian in the Doncaster with Icebath and Dalasan rounding out the minor placings.

Lees is now contemplating having his stable star line up on the seven day back up against the likes of Verry Elleegant, Sir Dragonet and English raider Addeybb in the $4 million Queen Elizabeth Stakes.

“We will decide before Tuesday, see how he comes through it but straight after the race he seems fine,” Lees said.

Addeybb and Verry Elleegant are sharing favouritism for the Queen Elizabeth Stakes at $3 with TAB.com.au after engaging in an enthralling battle in last month’s Ranvet Stakes.

Mugatoo shares the second line of betting at $8 alongside Cox Plate winner Sir Dragonet, which is coming off a Group 1 Tancred Stakes win at Rosehill last month.

The final field and barrier draw for the Queen Elizabeth Stakes will be declared on Tuesday morning.