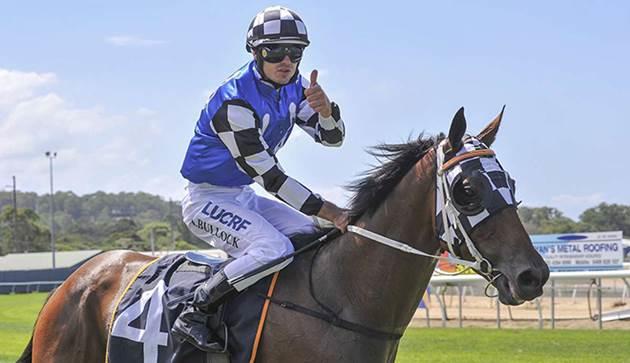 Saturday marks the opening day of The Championships at Randwick and with three prime Group 1 chances few are looking forward to the day at Randwick more than Jamie Lovett and his Australian Bloodstock syndicate.

In all, three horses wearing the familiar royal blue and white horseshoe colours will line up for multi-million dollar races and all three have claims of taking home major chunks of the prizemoney.

“It’s not often you get three runners on a big day like this, but to have three runners with genuine chances, well obviously we can’t wait for Saturday,” Lovett said.

The owners of the former Japanese horse Brave Smash have agreed to pay the $55,000 late-entry fee to race for the $2.5 million purse on offer for the T.J. Smith Stakes and Lovett said he expects it will be money well spent.

“He keeps stepping up this horse and we’ve got no doubt he’s better than he was last spring when Redzel beat him a length in The Everest,” Lovett said.

“He’s coming off an unbelievable run in the Newmarket (when second to Redkirk Warrior) and it won’t really matter to him what surface he strikes as he’s very versatile and can handle anything pretty much.”

Craig Williams will take the T.J. Smith ride on Brave Smash and he is also expected to be reunited with another former Japanese horse, Tosen Stardom, when he lines up in the $3m Doncaster Handicap.

Williams has only ridden Tosen Stardom once – when second in the G1 Futurity Stakes at Caulfield last year – and on Saturday has the task of rejuvenating the seven-year-old after his last-start Blamey Stakes run at Flemington when he raced fiercely and failed to beat a runner home.

“We’ve decided just to forget his Blamey run,” Lovett said. “We were left scratching our heads after that race but he’s been galloping really well and is ready to bounce back.

“The Doncaster’s obviously a tough race but it’s a race he can win if things fall his way.”

While Australian Bloodstock had to look overseas to find Tosen Stardom and Brave Smash, their ATC Derby hope Furore is more of a home-grown product, with Lovett himself buying the horse as a yearling out of New Zealand for $210,000.

After winning his first four races on provincial tracks in NSW, Furore last start was fourth across the line in the Rosehill Guineas before gaining third on protest after a luckless passage in the straight.

“He was probably a good thing beaten in the Guineas and he just keeps raising the bar,” Lovett said. “He’s had a perfect preparation for the Derby and Kris (Lees, the trainer) is just delighted with him.”

Brenton Avdulla, fresh from his Golden Slipper Stakes win aboard Estijaab, takes the ride on Furore in the Derby.