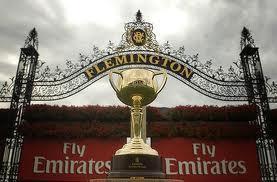 You would have read throughout the spring carnival about the domination of the European imports in this year’s Melbourne Cup, their strong numbers in the field, and their superiority over distances beyond 2000m. Local trainers like Mike Moroney and Chris Waller have long been fans of the European stayer, and now others like Gai Waterhouse and Robert Smerdon have been in the UK buying up on imports – all of these stables recognise that if you want to be competitive in Group races at 2000m and beyond, you need to have access to European talent.

We at Australian Bloodstock also know the benefits of targeting European talent and our German import Lucas Cranach gave a hint at the Group 1 races that lay ahead next season with a stunning third placing in the Melbourne Cup and a strong fifth in the Caulfield Cup – the two biggest staying races in the southern hemisphere.

But finding Lucas was no fluke, and without giving away our secrets, the one fact remains – no matter what part of the world you buy horses, the simple fact remains that only good horses run group class sectionals. Lucas Cranach proved this, as have December Draw, Glass Harmonium, and Americain.

Recently we have been in discussion with stables in the UK and Europe and as a result of our negotiations we are able to secure two horses that we would highly recommend to our clients.

HORSE 1
The first horse is a 3yo colt by High Chaparral. He meets our stringent selection criteria and has the ability to run some outstanding sectional times. We have clocked him running 21.50 seconds for his last 400m in one race and 21.60 for his last 400m in another race – these sectionals are that of a Group 1 class sprinter miler but he incredibly he is a stayer!
We genuinely believe on what we have seen that this horse could be serious Cups contender next spring. The other big bonus is that he will only cost $390k landed to Australia including all extras, and will be racing in the Sydney Autumn Carnival. The beauty with this fellow is he is going to arrive here as a Class 1 horse yet has Group 1 form and has run Group 1 horse sectionals – just like December Draw. Kris Lees has put his hand up to train the colt.

HORSE 2
The second horse is simply a machine! he is more expensive, (approx $900k landed) as horse 1, but this fellow brings some outstanding European form to Australia and still has massive upside. He has run his last 600m in 33.65 and has run in multiple other races 10.65 for his last 200m. This horse has form lines going through So You Think and importantly has already shown he can mix it with Europe’s best Group 1 horses. Anthony Freedman has put his hand up to train him and with 5 Melbourne Cups and a terrific 3rd with Lucas Cranach this year you know that he will do the job. The horse has to re-qualify for the 2012 Melbourne Cup but we are confident that he will do this on his ear, possibly as early as during the Sydney Carnival in autumn. This bloke has the potential to be a Cups favourite come September.