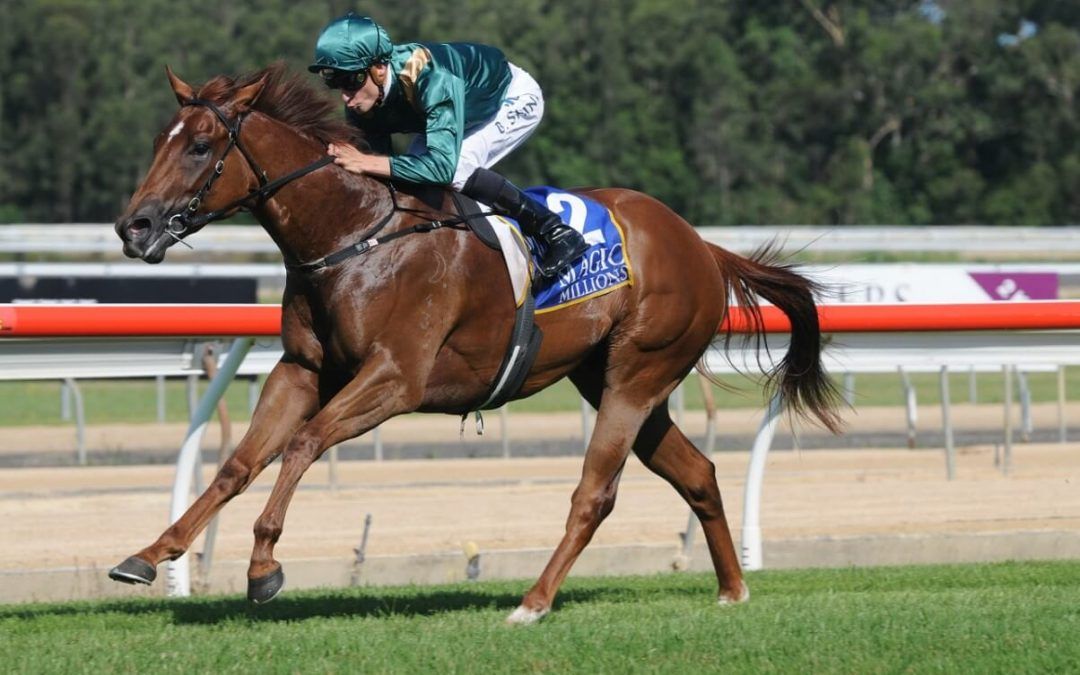 The running of the $1million ATC Golden Gift last weekend and the announcement of an increase in prizemoney for the Group I ATC Golden Slipper to $5million in 2022 got us thinking about two year-old racing and how small a percentage of the horse population is actually capable of contesting these races.

The table below shows the number of commercially bred yearlings that were offered at dedicated yearling sales each year (no online), and how many of them had raced up to the weekend after the Cup, Dec 31 and Feb 28.

The figures in the table above show that by the time the Magic Millions 2YO Classic is run and the field for the Golden Slipper is assembled we have seen only 10% of the yearlings offered for sale on the racetrack.

And by the end of the season we’ve seen about a quarter of them with the vast majority still awaiting maturity to show their potential.

By the end of their three year-old season the tide has turned and the vast majority of horses have shown their hand with up to 85% of them having raced.

This explains why certain stallions that consistently produce early maturing stock find favour in the marketplace as breeders and yearling buyers try to shorten their odds of jagging that rare creature – the natural two year-old runner.

Capitalist won the Breeders Plate, Magic Millions 2YO Classic and Golden Slipper – great example of a natural 2YO talent and now a leading sire.

They are out there… we’ve all seen them and they invariably stand out from the crowd as soon as they are broken in.

They are the horses that adapt well to change, thrive on work and have the size, strength and toughness to withstand early training.

They are physically and mentally mature beyond their actual age and while their peers invariably catch up to them and frequently run straight past them at three, they have the unique opportunity to run for huge prizemoney against a very small pool of adversaries.

Horses contesting races such as The Everest, Cox Plate and Melbourne Cup might be able to return year after year for a crack at the same prize, but they also have to face the very best opposition, often sourced from all over the world, making these races much harder to win.

There is a justified place for two year-old racing and two year-old sires in our vibrant and successful Australian breeding and racing industry, but let’s not ever lose sight of the fact that it is a small, but integral part of a far bigger picture.

The introduction of a race like the soon to be $8million ATC Golden Eagle (1500m) for four year-olds is a ground breaking race where we can actually expect to see the very best horses from a generation, barring those that have already been packed off to stud following Group I success at either two or three.

Below is a table of the top Southern Hemisphere bred money earners in Australia this season and the month in which they made their debut.

Below is a table of the top Southern Hemisphere bred money earners in Australia last season and the month in which they made their debut.