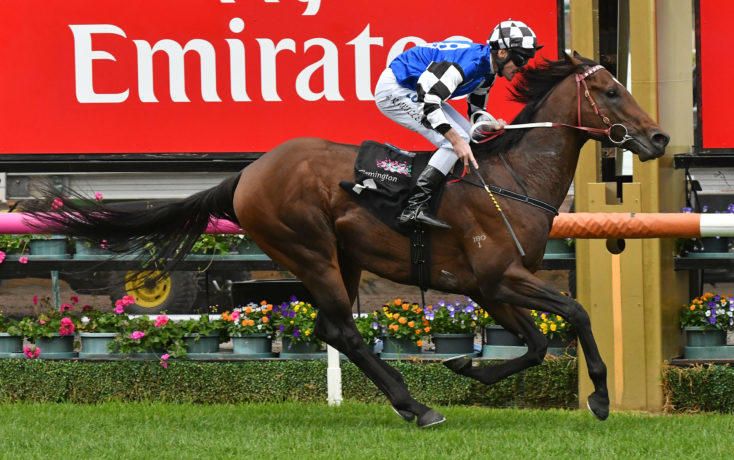 IN-FORM Newcastle jockey Andrew Gibbons will get his shot in the group 2 Villiers Stakes (1600 metres) on Saturday at Randwick after connections of Articus opted to take on the tougher race.

The Kris Lees-trained Articus was accepted on Wednesday for the Villiers and the benchmark 88 handicap over the same distance on the program.

The Australian Bloodstock-owned seven-year-old gelding was set to carry 59.5 kilograms, thanks to 2kg-claiming apprentice Sam Weatherley, from barrier seven in the benchmark race, but only 53kg from gate two with Gibbons aboard in the Villiers.

“In the other race he had to carry a big weight and there are seven or eight chances,” Australian Bloodstock co-director Luke Murrell said. “If he runs fifth there he doesn’t get a cheque. He very rarely gets no weight and I think he can run top three in the Villiers. And Gibbo does all his work and is in top form so he deserves his chance as well.”

Gibbons is having a career-best season, riding 61 winners already to sit second on the NSW premiership.

Articus, a French-bred import, has five wins in 28 starts and was third in the Goulburn Cup with Gibbons aboard on November 25. He was second first-up at Randwick with Weatherley in the saddle.

The Australian Bloodstock two-year-old colt, second in the Max Lees Classic (900m) last start, has been accepted for the Phelan Ready Stakes (1100m) at Doomben on Saturday but looks set to run at Scone.

The Hunter syndicator’s other 2YO Magic Millions hope, filly Vinrose, is likely to run in the listed Calway Gal Stakes (1100m) at Doomben.

“They’ve drawn bad at Doomben but there’s some uncertainty with the weather too, so we’ll send him to Scone.

“The stakes race can enhance her value, so it’s probably the best option of the two for her, and I think the extra distance will suit her more.”

Meanwhile, Lees and Australian Bloodstock, in conjunction with Newcastle Jockey Club, have helped provide more than $10,000 to children’s charity Variety.

Australian Bloodstock gave a five per cent share of Excelamour to Variety, and Lees waived his training costs. The four-year-old mare, a $26,000 yearling, has been sold to Aquis after two wins in 13 starts and $140,295 in prizemoney.