Want To Race A Group Class 2yo? FOR SALE NOW! 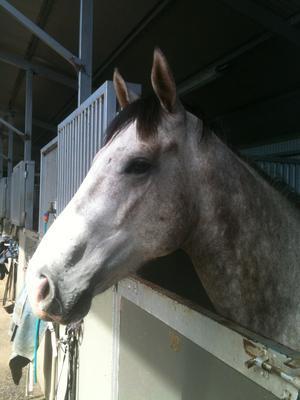 Due to a defaulting owner we have been able to secure a very highly rated 2yo colt currently in work with one of Australia’s leading stables.

The trainer believes that this colt is at least Saturday city class, and said that he has already worked with older Group class horses and matched them with every stride! he is the trainer’s top pick of the 40+ 2yo that he has in work.

The horse is a handsome grey colt and was picked out at the Karaka Millions. He is an extremely strong, well-built colt with plenty of scope for growth and improvement.. The colt is head and shoulders above his peers in all of their key physical examinations, including important heart and lung capacity measures.

We’ve got the inside running on this colt and we are sure that he will live up to expectations. All the signs so far are very positive and we expect to be up and running almost immediately in one of the rich early season two year old races. ( More than likely his first aim will be the Listed Maribyrnong Plate, with his Grand Final being in the restricted KARAKA MILLIONS race – a million dollar restricted race – which in the past has been proven to be less than city class!).