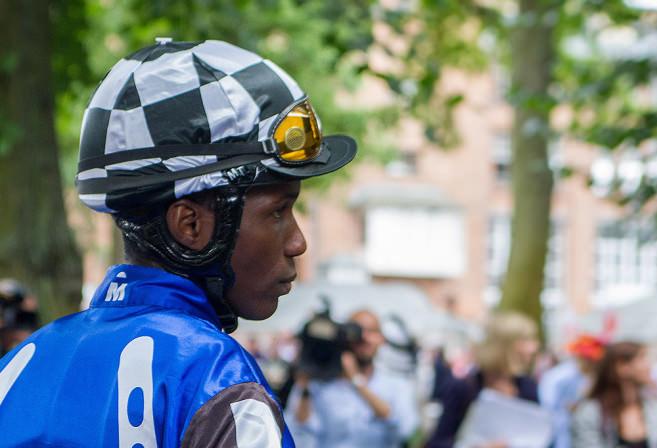 Germany is gorgeous in its fleeting summer. Escaping Australia’s relatively mild winter for the sun in Europe is no secret. It’s magnificent.

Never mind that the summer is only just a bit warmer than Australia’s winter, depending on your latitude.

When the sun comes out across the continent, Europeans flock to bars, cafes, parks, and everything in between to simply enjoy the outdoors. It’s glorious to enjoy the rare hot days and long sunshine before the dark winter takes over.

I’m here in Germany at the moment, thanks to the generous (and reciprocal!) Working Holiday Visa laws. Keeping up with racing isn’t hard during the slower winter periods.

While in Duesseldorf, on the enormously powerful Rhine River, I learned via my broken German that I’d just missed Protectionist return to the winner’s stall in a race just outside the city.

Proctectionist, the German horse that was the superbly dominant Melbourne Cup winner in 2014! Owned by Australian Bloodstock after a big overseas purchase ahead the Cup, nicely explained in this article on Racing.com, the stallion was winning again after a torrid two years out of the winners circle.

At his next start at Hamburg, in Germany’s north, Protectionist bolted in to win a Group 2 by three and a half lengths. He was back. The secret? Being reunited with German trainer Andreas Wohler.

With news the rising seven-year-old was set to race in Berlin in the Group 1 Grosser Preis Von Berlin (2400m) at the Hoppegarten on August 14, I decided then I’d do my best to get along to find out what a raceday in Germany would be like, and find out just how good Protectionist had returned.

The problem with Protectionist

The son of Mosun just looked out of sorts in all of his runs in Australia after his Cup win, despite being spelled and trained by Newcastle-based Kris Lees, who is no duffer.

His eight starts down under were well documented failures. He never threatened to win, even at short odds.

His best result was fifth in the BMW in March 2015, but he was next to last in seven other runs across Sydney and Melbourne.

Lees doesn’t appear worthy of any kind of blame for how the horse went. Protectionist’s eight starts were often clouded by injury and fitness concerns.

A scintigraphy scan late in 2015 found the horse was suffering from “subchondral bone disease” in all four fetlocks, a painful condition that didn’t allow the horse to extend his action.

In making the bold decision to right the wrongs, Australian Bloodstock noted the horse just wasn’t handling firm tracks, causing the issue, which made it impossible to get his fitness up to scratch.

The call was made. The stallion was returned to Andreas Wohler last year and to the softer tracks of his stable near Dortmund to firstly recover and secondly, make a return to the track.

Germany blooms in lush green and watering of firm tracks isn’t a concern with regular rain and mild conditions.

The big test: The Grosser Preis Von Berlin at the Hoppegarten

The Hoppegarten is located east of Berlin, about a 30-minute train ride to a station less than 10 minutes stroll to the track entrance. The track, surrounded by trees and with a distinct country feel is named for a garden of hops that were removed for racing. For once, beer came second!

The track and jockey club was established in 1869 and remained in place throughout the wars and fallout of East Germany, where the track was separated from Germany proper for more than three decades until reunification.

The stands are generous, open, and retain their original architecture. While there’s still restricted areas for owners, VIPs and members, most of the home straight is open to wander.

It’s a relaxed affair. Locals bring their picnic blankets and their dogs to the track, just as pets are allowed on trains and in shops. A family sat quietly with their pet rabbit enjoying some quality grass.

While people are dressed smartly, there isn’t the overtness about a day at the races that you find in Australia. People enjoy a drink, but even late in the day there aren’t scenes of heavy drinking. Heels are rarely spotted. Nor are suits.

Queues for beers and food are short. A bottle of water is 3.50, a beer 3.40. Giant wursts, cooked on an open fire with a bun, are just two euro.

Races run every 40 minutes. There’s no bookmakers ring – the local tote is called the Toto and is exactly as you see back home – complete with dodgy TVs, kindly staff helping put bets on, and people hunched over big tickets filling in detailed exotics.

Odds are given per €10, which takes a little figuring out at first.

Protectionist was a 14-to-10 favourite in betting, equating to $1.40 in our odds – also the price offered back home on the good old TAB.

Ahead of the race, Protectionist looked full of himself in the yard. His owners looked nervous, although confident.

I wished Jamie Lovett, representing owner from Australian Bloodstock best of luck as the jockeys mount their horses and head out on track. Lovett is tense but gracious enough to say hello despite the pressure of the race about to unfold. Trainer Andreas Wohler looks a picture of calm by comparison. Jockey Eduardo Pedroza in the familiar silks of royal blue with a white horseshoe, and checked sleeves, guides the horse out to the barriers. Six others are contesting the race.

Germany’s reigning Horse of the Year, a filly named Nightflower is the second favourite and a real threat, despite the strong favouritism for Protectionist.

Poland challenger Caccini has a travelling contingent supporting him. He’s undefeated in his five starts in Poland, including a three length win in the Derby. His Polish fans carry their national flag and banners. Caccini sweats up in the yard.

The horses are quickly put into the barriers and the race is set. Protectionist has barrier two.

The barriers crash open in front of us in an even line. Protectionist is taken to the lead, an unusual spot for the horse. Horses fly the gates in the Group 1 (Image: Tristan Rayner)

Lovett would tell me afterwards he expected a slow pace and issued instructions to make sure the horse wouldn’t be stuck behind others on the inside rail when the time came to sprint.

Protectionist bowls along at the front okay, although not always enjoying being at the front, throwing his head around at times. There’s no pace whatsoever and Pedroza on board looks comfortable, barely moving in the first mile of the race.

The final two bends into the straight inside the final 800m are sharp, especially the final corner. The inside horses have an advantage as they cut the corner and can launch down the straight while the outside horses are forced to muster. Earlier races have seen the front-runners get away.

Protectionist is urged along after taking the first corner, and takes the second corner perfectly on the inside, taking all the shortcuts. He’s suddenly urged along by his jockey, launched into a real sprint home in an unusual scene for a staying race. It’s one of the slowest first 1600m anyone can remember in a European staying event.

The danger horse, Nightflower, takes off with him and despite the outside run, presents a threat for a moment. The others are flat – probably more suited to races with pace than this sit sprint. Caccini doesn’t run up to his Polish Group form and goes backwards.

Protectionist’s lead is cut into by Nightflower but then holds, before widening again and it becomes clear this is his day. The crowd roars in approval and waves flags as ends up romping away, to be eased up on the line a full two lengths clear, and in complete control. Replays show he was like greased lightning at the top of the straight.

The owners and connections are extremely pleased, and bathed in relief. They smile, accept the Longines trophies and fine watches, and give polite speeches to the German crowd in English – thanking everyone for the way they’ve been treated and promising to return if they get the chance. I find Jamie Lovett after the race, congratulate him, and ask him how it felt.

‘Relief’ is the word he keeps coming back to. He’s delighted to have won, but is pleased that they’ve done right by the horse and his dominance can be seen again.

Lovett tells me he’s a serious horse, a special one and one of the best he’s strapped a bridle on. He goes off to celebrate with the ownership, just under a dozen who have made the trip across.

Protectionist’s next target is the Grosser Preis von Baden, in Baden-Baden, on the far west of Germany. Beyond that, there isn’t a plan the ownership are talking about just yet.

The 2016 Melbourne Cup is an option, but not one the ownership will commit to.

A gelding like poor old Red Cadeaux chased prizemoney. A stallion like Protectionist is chasing black type and stud value. His value is unlikely to significantly increase by winning another Melbourne Cup, despite the ludicrous prizemoney on offer.

He’ll also have to carry a mighty weight as a previous winner in good form.

Winning a race like an Arc de Triomphe – set this year on October 2 at Chantilly, a likely target should all be well, will send his value through the roof.

The ownership are fortunate that his trainer says he’s better than he was two years ago.

Not all Melbourne Cup winners go on to bigger and better things. Plenty never win another race.

Can this German-Australian partnership win an Arc? Postponed, a Group 1 winner this week at York, and rated the world’s best turf horse, is at least one exceptional horse he’ll need to get past.

Protectionist might just have the quality in him to present as a real danger.

In any case, it’s fantastic to see him back to his brilliant best on the track.