Whitlam Can Boounce Back At Rosehill On Saturday 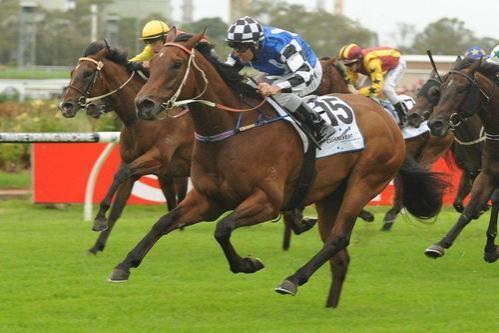 NEWCASTLE, Thursday, July 18, 2013 – Trainer Kris Lees concedes Whitlam “was a bit disappointing”first-up but he expects the gelding to run a better race in the Alpha Flight Services Benchmark 95 Handicap (1100m) at Rosehill on Saturday.

The son of Commands resumed at the same track two weeks ago when given the run of the race before finishing off “evenly” to hit the line in fifth, beaten 2-1/2 lengths.

Lees said two trials and a race start in four weeks could have been the factor that resulted in Whitlam not performing to his trainer’s expectations.

“He was a bit disappointing there’s no doubting that,” Lees said. “That was only his fourth run for me so I am still learning about him and he’s freshened up nicely for Saturday.

“There looks to be good speed in Saturday’s race which will suit and he’s drawn ideally in barrier three.

“I’m expecting a better showing this week and if he brings his A-game I’ve go no doubt he’ll be in the finish.”

Jockey Christian Reith sticks with Whitlam, who is a $4.40chance in early markets.